One of the numerous horrors that's crossed into the wastelands from the portals from the  world of Wormwood.  Demon Goblins  work for the evil sorcereress Salome on Wormwood as mercenary shock troops. It is speculated that she has dispatched any number of war bands & scout parties through the numerous rifts & dimensional portals of Wormwood. Demon Goblins are natives of a twisted world of the Fey & speak a gruff degenerate version of Goblin as well as Fairy or Elvish ( though they hate to do so). Demon Goblins are often loaned out to other dimensional or planar warlords as shock or soldier troops. They have special affiliation with wastelands & harsh worlds. 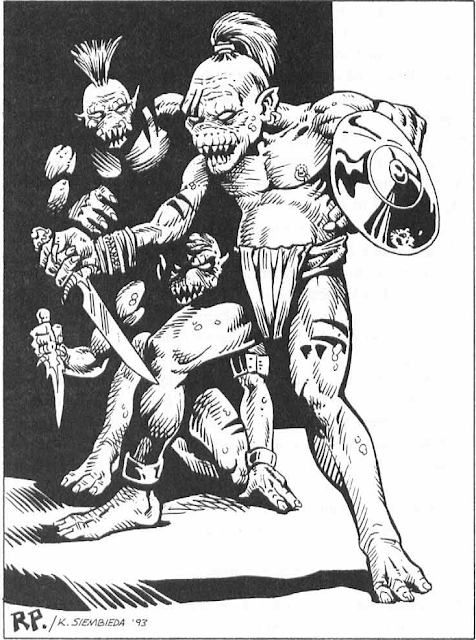 Demon Goblins are vicious, nasty, & truly chaotic dark Fey humanoids. They hate Elves, Dwarves, & any beautiful or handsome creatures. They are summoned with a dark variation of the summon demon spell with rancid blood of an Elf being a vital ingrediant.