Fluffy from The Crate Segment of The Movie Creepshow 1982 Adapted For Sword of Cepheus, Cepheus Atom, & Barbaric! 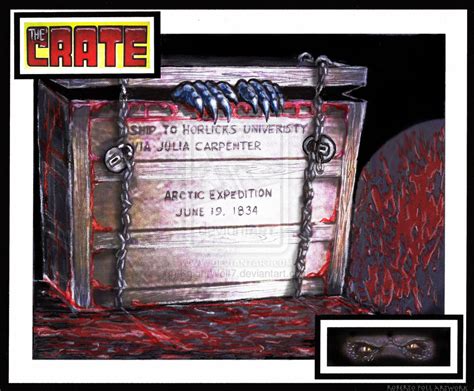 The Crypt Ape is one of those beasts that was created by the gene manipulation of the Elder Things. These gorilla like hunters were created to guard the crypts of the Elder Things & much later on served the wizards of Hyperborea. When the ices of the polar wastes over took the lost lands of Hyperborea the crypt apes devotion caused them the to cross the threshold into the state of undeath. These creatures now still serve necromancers & wizards. 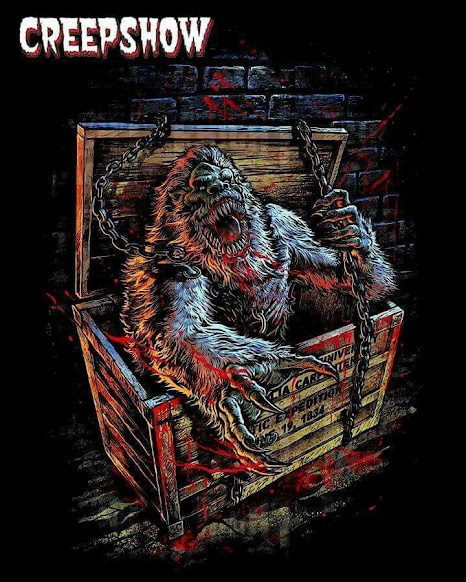 The Crypt Apes are often summoned by summon monster spells or lesser undead beast necromancy. A sorcery rating of 4 will summon one from the depths of the nether regions quite easily.
They will blindly guard thier boxes, or lairs with a monsterous devotion but develop a twisted almost psychotic ability to murder using tactics & traps.

Crypt Apes are immune to most radiations & never have eat making them ideal guardians for dungeons, ruins, or crypts. They often lair in boxes or oversized chests making them perfect guardian monsters for  Cepheus Atom, Sword of Cepheus, & Barbaric! 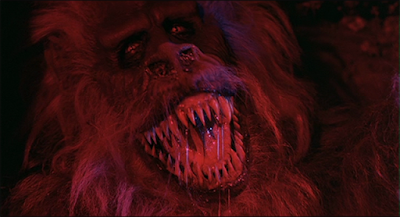