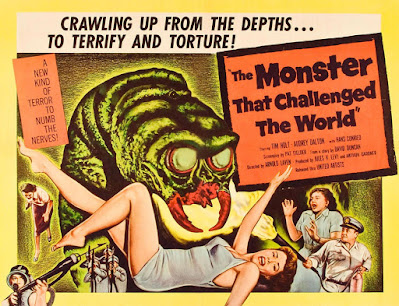 There are a wide variety of kaiju off of the California coast of North America. And one of the smaller but prolifically spreading horrors is the prehistoric giant mollusk species  dubbed by the media as 'The Monster That Challenged The World' The first incursion of this invasive species was in Nineteen Fifty Seven.
Monster That Challenged The World adult
20000kg Beast (Reducer), subterranean walker, P4P060 #App: 1 Treasure: Incidental Athletics-1, Melee Combat-2, Recon-1, Survival-2 Attacks on 10+; flees on 4- Teeth (4D); armor 6; walk 5m/action Neutral; Morale DM-1 On a successful attack the beast does Teeth (4D) damage as it drains its victim of vital fluids.
What makes this small sized kuiju so dangerous is that it is a fast breed & very dangerous wasteland species of invasive mollusk. A monster  that is at home in both the water & in areas of dry land or even around ruins. There are rumors that these monsters were used extensively by one of the colonies of ancient Atlantis or Mu as mining beasts of burden. They had developed with advanced genetic knowledge based on the earlier works of the Elder Things. What makes these giant mollusk kauju so dangerous  is the rate at which they make nests & lay eggs. Eggs hatch within 1d6 months allowing the monsters to take over an area exponentally. The monster mollusk's young reach maturity right out of the eggs. There will often be 2d6 young within each nest & lair. The young are able to reproduce within a month so its best to catch & exterminate a nest early if possible. These nests thrive in the weird radiations of other Kaiju making these monsters almost but not quite 'cuckoo like' in their making & nesting habits adding to the monster's complexity. 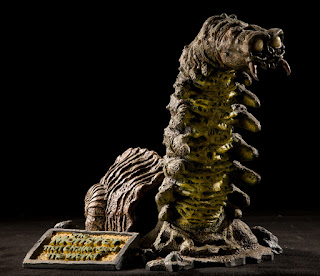 These mollusks are often the boon & bane of other Kaiju because they provide a potential food source for other giant mutants & monsters in their ecology. The bane is the fact that these giant mollusks often feed on the young of other Kaiju. This sends other Kaiju into over drive with attacks & resentment.

Many adventurers seek the eggs of these giant mollusks with the express purpose of raiding the lairs of these monsters. The 'Monsters That Challenged  The World' have an uncanny knack for making thier nests or lairs in ruins with the richest treasures or artifacts. 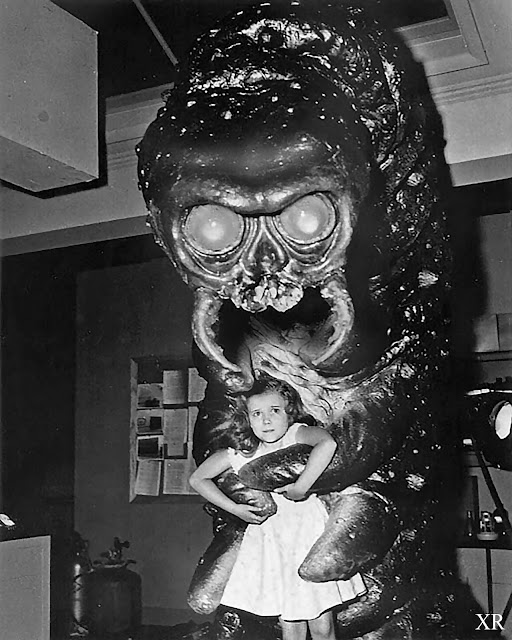 What makes these monster mollusks so useful for Cepheus Atom, Sword of Cepheus, & Barbaric!
Posted by Needles at 7:10 AM