Hoping that everyone is having a wonderful holiday here in the States & elsewhere. Today was both busy at work & in another sense frustrating. If you've been paying attention to this blog then you know that recently its been one of those weeks where the Wilderlands of High Fantasy has been on the table top once again between games. Tonight between beers with fellow Fight On! (Issue 3 - Fall 2008) has been passed back & forth. Why?! "Wilderlands Map 19: The Wild North by Robert S. Conley, detailing the lands north of Valon and west, by many folks' reckoning anyway, of much-fabled Blackmoor!" Fight On! (Issue 3 - Fall 2008) was dedicated to Robert Bledsaw senior & his Judges Guild  creations. 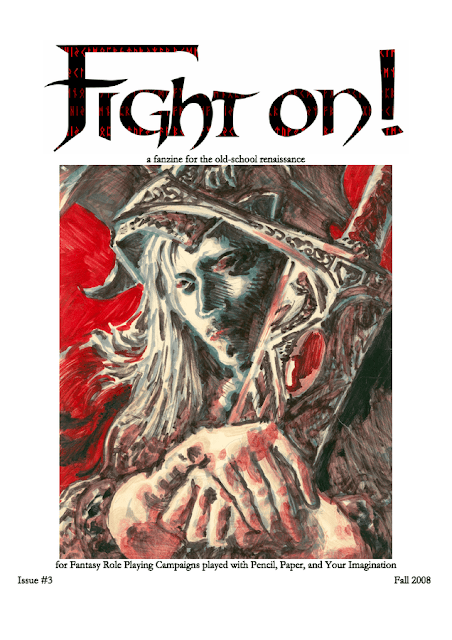 The Bundle of Holding For Astonishing Swordmen & Sorcerers of Hyperborea kicked off a run of Sword & Sorcery nostalgia at our table top. Now what started off as a casual re examination of AS&SH has become a deep dive into the heart of our mutual obession of Hyperborea & The Wilderlands of High Fantasy. Fight On! (Issue 3 - Fall 2008) is one of my favorite issues of the faboulous magazine Fight on. Why?! Its not well known outside of select circles of the OSR & it contains another version of Blackmoor. The Blackmoor of The Wilderlands of High Fantasy. Its sorta like getting two campaign settings in one OSR fanzine for the price  of one. And "Wilderlands Map 19: The Wild North by Robert S. Conley" is a really nicely done map & key article. But this is AS&SH after all here?! So we wanted to punch it up a bit more with some of the outlying areas a tad more in keeping with the dark aspects of the Sword & Sorcery themes. So that's where Gregorius21778: 25 Encounters in the Eerie, Barbaric North by Kai Pütz 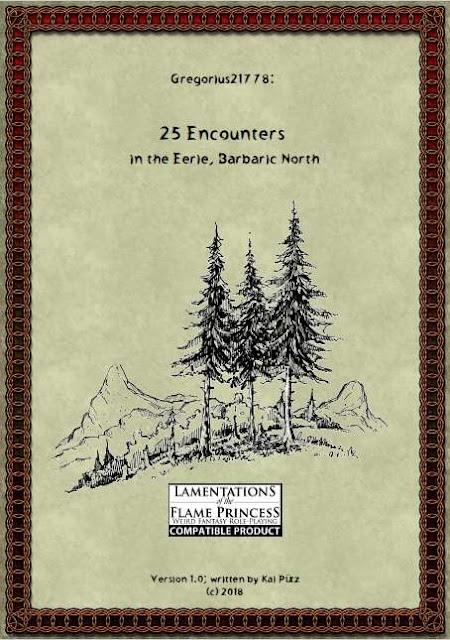 So why use this little gem of a supplement?! Because Gregorius21778: 25 Encounters in the Eerie, Barbaric North by Kai Pütz contains a very nice lack of details; "The “barbarians” in this release (that are not described as Scottish, Gaelic, Pict or anything but just named “barbarians”) fight with spears, axes, shields and short bows, wear nor armor or leather armor. They life in simple cottages or block houses, and either isolated or insmall villages. The region that is imagined to be the backdrop of the encounter is an isolated and cold land with rough hills and woodland: a rather typical environment in most game worlds" This tribal information fills in some of the typical blank area on the map. So we get a sense of whose on the edges of this Wilderlands version of Blackmoor. This is very snow bound & dangerous region of the Wilderlands & a perfect place to add in a monster from the Monster Manual II - the aurumvorax. 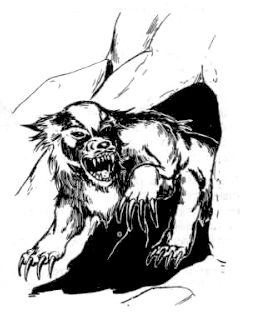 These creatures are capable of taking on Chimera all on their own & they have to eat gold as a part of their normal diet. The mountainous area & geology of this version of Blackmoor is perfect for these animals. Now what does any of this have to do with AS&SH. Hear me out here folks. Imagine that before the Green Death Hyperborean pre teen warriors would have to make the crossing over to Wilderlands version of Blackmoor to prove their virility by slaying  aurumvorax. They had to gain the golden pelt as a part of thier rite of passage.
So is there a real Blackmoor connection here?! Possibly in the fact that there may be a hidden dungeon lair of the Egg of Coot here. But is it completely frozen over?! 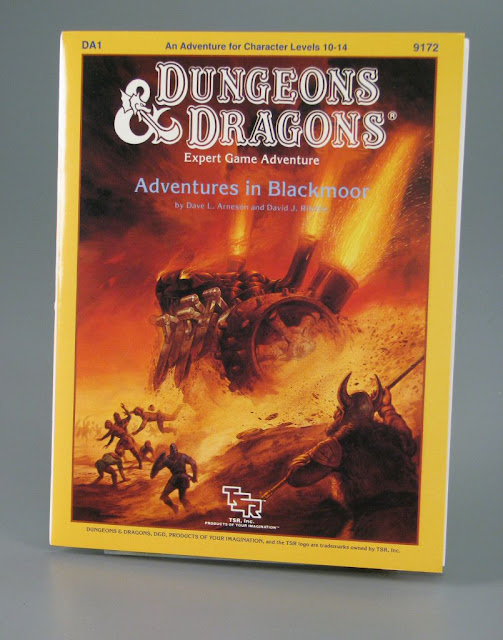