"Maps out in detail the contents of 476 square miles of wilderness found on Campaign Map 1 of Judges  Guild's City-State of the Invincible Overlord. This book covers the area around the villages of Byrny and Trollslore, which are on the road between the City-State and the dwarven stronghold of Thunderhold. 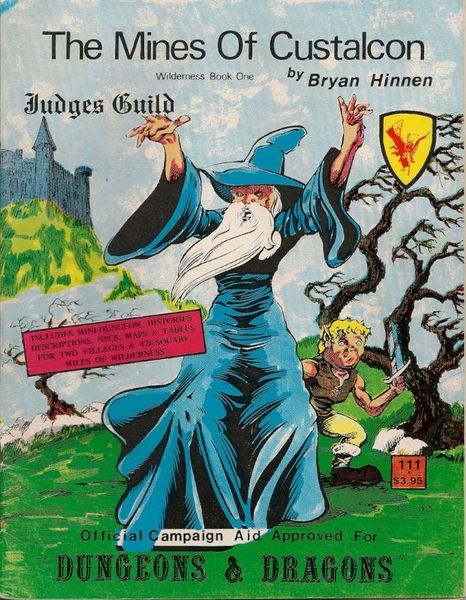 It contains detailed information for the two villages and the surrounding wilderness along with a three-level mini-dungeon: The Mines of Custalcon. Book 1 of the Wilderness series."
This blog entry picks up right where this one left off . Please note that this is a different Wilderlands then the one that is being used in our Victorious rpg campaign.
So for our  Weird Tales of High Fantasy thought experiment has yielded several really interesting Swords & Sorcery results. Now let's talk about two factors here & then we'll get to The Mines of Custalcon (Judges Guild, Wilderness Book One). In several people's minds that we've talked with over the last three years or so one thing becomes abundantly clear. There are more then one or two versions of the Judge's Guild's Wilderlands of High Fantasy floating out in the planes. There are thousands of versions of the Wilderlands. This is why Bat in the Attic's Wilderlands of High Fantasy  maps are so handy. Now we've been talking about using  The Bundle of Holding For Astonishing Swordmen & Sorcerers of Hyperborea as a jump point off point for running an AS&SH rpg engine driven Wilderlands of High Fantasy campaign. 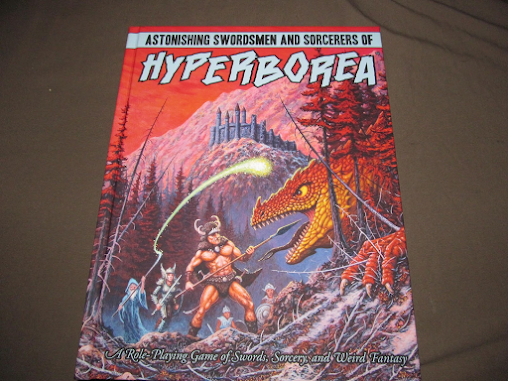 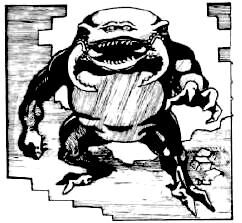 The legacy of the Amazon tribes isn't lost on the City State & the royals  themselves know a good thing when they see it.  The mine has only recently been opened. Because of the lode baring strata of these weird crystals it could be attracting some very nasty hangers on & monsters. Things like Umber Hulks could be cutting off the supply of the valuable ore. This causes the royals to bring in disposable exterminators aka adventurers.
The Mines of Custalcon could be used as one part town & mining adventure but there might also be valuables left behind in the mine in the form of other ore. The mine might only very recently have been opened. What if the towns  of Byrny & Trollslore have attracted the attention of Mind Flayers?! Why?! Well there's the shipping guild that has access to spreading the corruption of the flayers across the Wilderlands. Maybe there's another reason?! 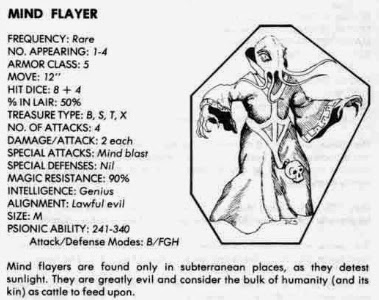 Maybe there's a nearby Nexus gate that used to open to many other planes but because of the Green Death it hasn't been accessed in centuries. The Mind Flayers know of it & want to use it this give the opportunity to exploit the wilderness of the Wilderlands. The campaign setting is vast with stretches & swaths of wilderness that could hold incredible ruins right under the cover of the canopy of the trees. That gate could in point of fact lead to the desert on Hyperborea where Ghost Ship of the Desert Dunes takes place. Now even though Hyperborea & the Wilderlands are found within the same star system under that bloated red sun. A gate between the two worlds might just be a convenience from another age. Let's not even mention the idea of some of the alien horrors of Hyperborea breaching such a gap between the worlds. There's a lot of unrealized potential in The Mines of Custalcon in my humble opinion.
Posted by Needles at 10:08 AM