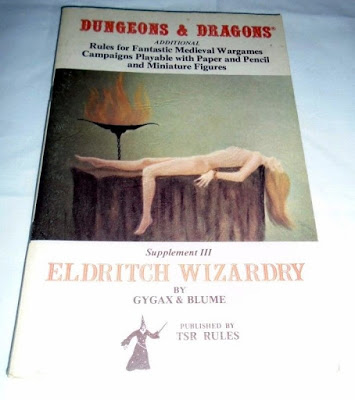 So last night's reading material was the classic original Dungeons & Dragons Eldritch Wizardry book.  Through a series of phone calls to DM Steve we got on with some of the campaign details we were working out. But my mind quickly traced back down to original Dungeons & Dragons Eldritch Wizardry book again. There's something about the description of the Type V demon. That certain something that  makes them a far more dangerous NPC or monster then it first appears; "Type V: Another of the female demons with a multiarmed female torso atop the body of a great snake, they are taller than a large man and far more terrible. Their six arms are all able to use weapons. These demons are 80% magic resistant, cannot be hit by non-magical weaponry, and their intelligence is high. When desiring to do so, they cause darkness in a 5' radius. Other extraordinary abilities, any one of which can be performed as desired are: Charm person, levitate (as an 11th level magic-user), read languages, detect invisible objects, cause pyrotechnics, polymorph self, project image, and gate in a Type I (30% chance), Type II (25% chance), Type III (15% chance), Type IV (15% chance), Type VI (10% chance), or one of the Princes (5%); but the chance of successfully opening such a gate is a mere 50%."

These 'ladies' are the ring leaders & coordinators of demon kind. And its gotten me thinking about the Burroughs/Bakshi realms . These realms in my mind overlap the demon lands of the Wilderlands of High Fantasy fame. This realm is sort of a elastic mini plane or domain that washes against the shores of a pre Nineteen Eighty Four prime material plane. The inspiration for this was Ralph Bakshi's Spiderman 1968 trippy other dimensional jaunts. You can see half demonic things like this guy just waiting just waiting outta of sight. 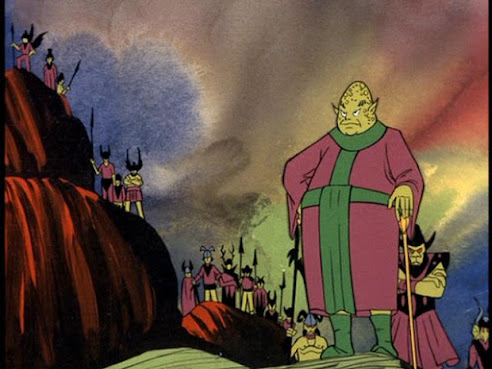 This isn't an original thought at all but us going over the Planet Algol blog's Bakshi entry from 'o9.   There are lots of kids who now as adults still go back to the creative well of 60's cartoons. Because this brings up the Arduin books. Yesterday we talked about the crystal skull & the NPC Type V half demoness we're working on. Diana Reece is a high powered antiquities dealer whose been using various forms of black magick to try & divine the skull's location. 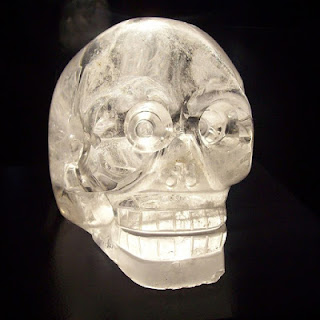 But mommy's starting to get very antsy about the skull's location. And then there might be other forces involved. But is there a split between mother & daughter?! 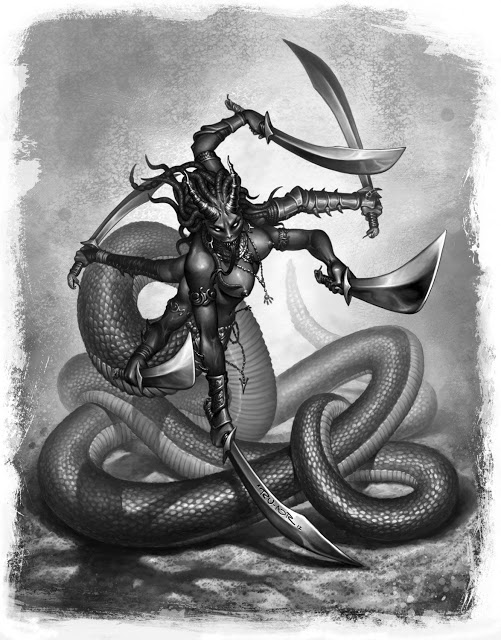 So at this point its about updating various campaign sources from both the old school & OSR materials in my collection. So at this point the 22 planes of Arduin's Hells might be on the agenda. But the players still have no idea whose behind the scenes after the skull. Part of the DM's want to use the chaos powers from Michael Moorcock's Elric saga from Kuntz & Ward's Gods, Demigods, & Heroes. 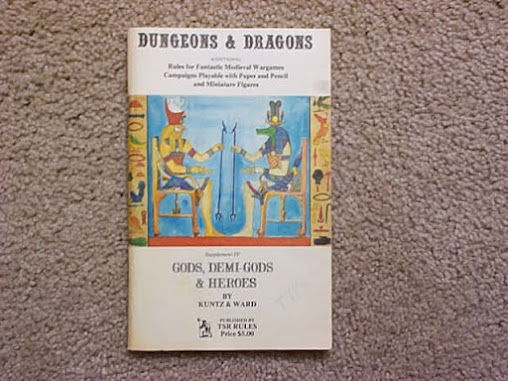 Now in the past the players PC's have encountered Pan Tangian mercenaries. They have no idea who they belonged to. So it was be quite easy to tie them to the mother Type V demoness. There's also the fact that the player's PC's in the past have gone on a mission into the black ziggurat to save a bunch of children from the black ziggurat within the Wildlands of High Fantasy. This same ziggurat where they encountered & ran from an avitar of  'The Abstruct.' Yes that Abstruct from Lusus Naturae by Rafael Chandler. 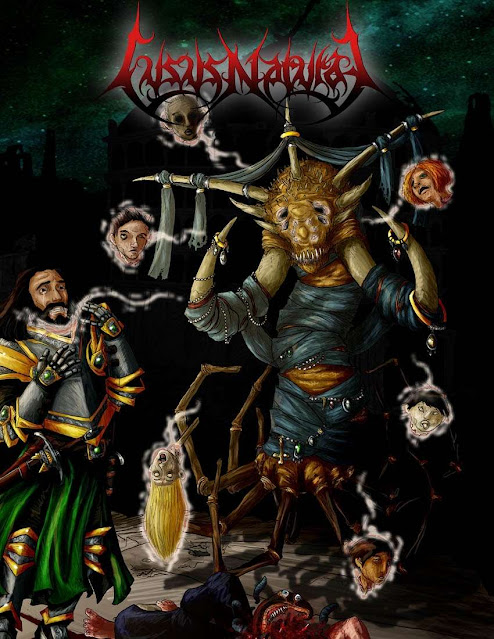 This was the same game where the PC's encountered the plane hopping
social worker Chandler Jarrell who was on the same trail of several missing kids from L.A.. So with a quick series of bargaining & role playing bits he gave the party an amulet to get out from under the purview of the 'Abstruct'. But its still out there. And the Type V demoness sees this thing as a rather nasty rival.
The rival though to the party is an arch magus with a chess complex from X2 Castle Amber by Tom Moldvay. The magus knows he's dying & he's not taking this lightly. He's been using magic to slow down the process. But in the end not even an archmagus can escape death. No he doesn't want to become undead. But the clock has been ticking. So to secure his legacy  the wizard-noble Stephen Amber (Etienne d'Amberville)  has been dipping into other planes & this includes both Hyperborea & the Wilderlands of High Fantasy. 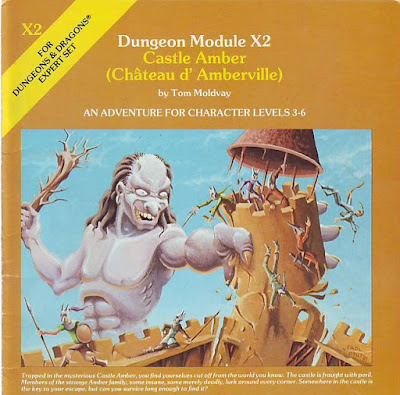 Note: I don't really want to hear about the Golden Child being a 'shite' movie. We all know it is. But its cult film as well & since random memorable NPC cameos happen in our games. Well there you go. More to come. But what's the connection to The City State of the Invincible Overlord?
Posted by Needles at 9:19 AM