The Paladin's Lion A New Monster of Law For The Sword of Cepheus, Cepheus Atom, & Barbaric!

The Paladin's Lion is a former elemental god of Law that has taken the form of a lion to guard the wild places against the forces of chaos. This guardian of humanity & the demi races often can be found in places where legends of big cats take on the reality of myth. The paladin lion often accumutates treasure from bandits & other criminals it slays who crosses the monster's path. 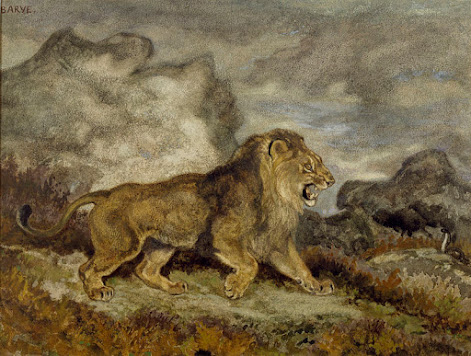 The paladin's lion often lets slip into lore & folklore about its hoard to better lure greedy tresspassers into its terrority & lair. The monster is far more cunning & intelligent then a normals lion using tactics & stealth to lure its enemies into blind canyons or dead falls. 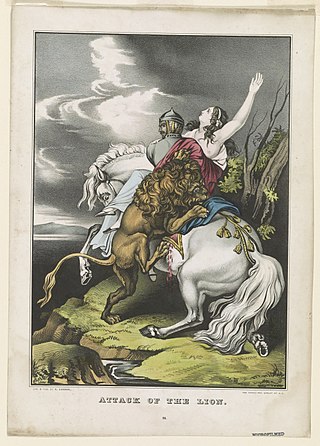 The Paladin's lion often invokes itself unto a group of evil doers intent on taking advantage of the innocent or of ravaging the faithful servants of Law. The lion also goes out of its way to hunt down the forces of Chaos. With a sorcery roll of 3 a wizard dedicated to the cause of Law may summon an aspect of the Paladin's Lion. The Paladin's Lion often will come to the side of a knight of Law or a paladin in the service to one of the gods of Law.
If  destroyed the Paladin's Lion will reform within 2 months at a local shrine of Law. The monster is vicious & dangerous to all aspects of Chaos. These champions of the gods of Law often find themselves summoned to the post apocalytpic wastes because of the fall of civilization attracts the most dire of the forces of Chaos. A pride of these lions can easily dismantle a barbarian army of warriors in no time flat if their in the service of Chaos.
Posted by Needles at 11:02 PM