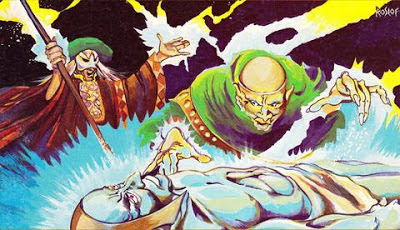 “Gaunt as starved herons they were, and great of stature, with a common likeness; and their sunk eyes were visible only by red sparks reflected within them from the blaze. And their eyes, as they chanted, seemed to glare afar on the darkling sea and on things hidden by dusk and distance. And Yadar, coming before them, was aware of swift horror and repugnance that made his gorge rise as if he had encountered, in a place given to death, the powerful evil ripeness of corruption.” — Necromancy in Naat, CAS 1937 Zothique is millions of years in the future & the world is a desert wasteland to rival Dark Sun in both richness & scope. Some have called Zothique a Dreamlands setting for the Call of Cthlhu rpg's with the Pagan Publishing adventure/sourcebook campaign Realms of Shadows. 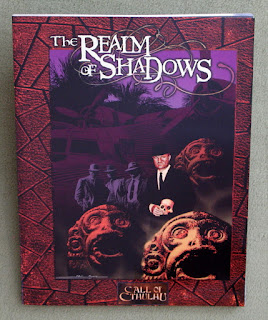 What if the events of  X2 Castle Amber By Tom Moldvay point to the fact that  Clark Ashton Smith's Averoigne stories, had a very inhuman element lurking in the background that fits Pagan Publishing's 'The Realm of Shadows' very well. And tied into one of the main inhuman aspects of Zothique. The Necromancers of Naat from the write up in the D20 Zothique book sound like an inhuman race that could be linked with the ghouls of X2;"As their name implies, Necromancers study the arcane arts of death and reanimation. They will always be male, of the Wizard class, and of chaotic evil alignment. If you elect to play Necromancers as a separate race, here are some suggested modifications: Females of this race have never been seen. This race will have the special ability “Frightful Presence”*, and the power to control undead as a cleric of identical experience level. . +2 Intelligence -2 Constitution or Strength +2 Charisma Modifier on Undead -2 Charisma Modifier on Living" Could the wizard-noble Stephen Amber (Etienne d'Amberville) family have more then a trace of ghoul blood within their veins?! But what does this have to do with the Wilderlands of High Fantasy?! Well a bit of everything really.
Going back to 2014 James Mishler created a book called Sorcerers of The Wilderlands & a really solid blog entry on the Demon Empire of the Wilderlands of High Fantasy. This was during his time with Adventure Games Publishing & its all ancient history now.  But what it reveals is that there was cross breeding between the forces of darkness & mankind. I grabbed everything I could by AGP ages ago for  my hard drive. 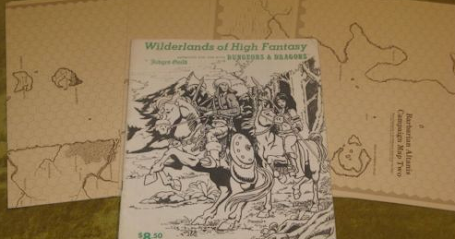 Now flash forward into now when I'm getting to dive back into Zothique & its connections with X2. Well it seems that the ghouls of X2 might have been getting very busy when it comes making sure the 'family business' continues into the far future. Could the d'Amberville family have far more sinister connotations when it comes to both Clark Ashton Smith's Averoigne & Zothique?! 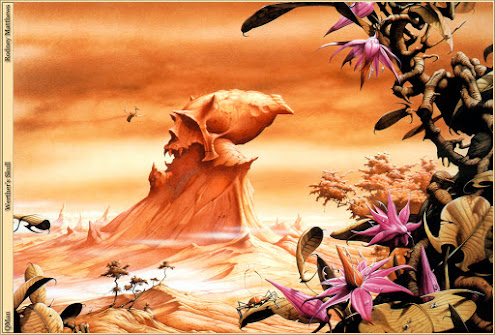 Prince Sthachac managed to  recover the Demonomicon of Iggwilv for unknown reasons. In our on going campaign of Victorious. But the question remains why?! Was he even remotely human?! DM Ricky is already questioning me as far as the fact that Castles & Crusades Tome of the Unclean has made its way onto the table top. Why?! 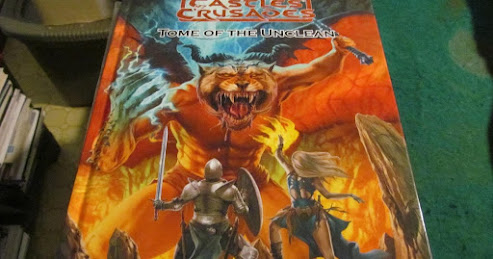 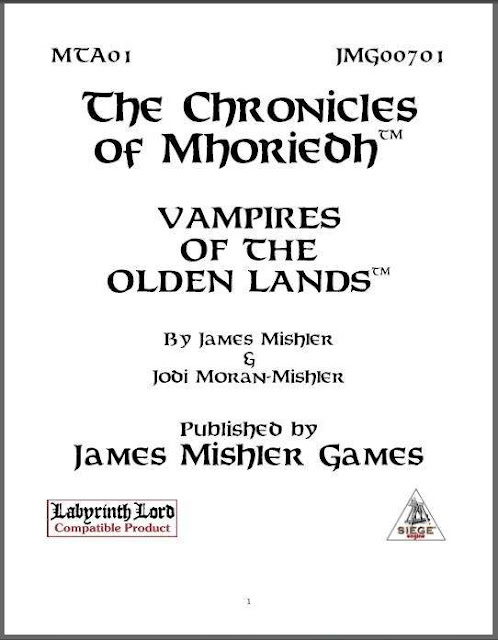 There are connections between a renagade group of elves & ghoul packs associated with the inhuman Necromancers of Naat. Could certain members of the d'Amberville family be far behind?!
And what happened to several hirelings from Amazing Adventures that got left behind on Zothique the last time the PC's were there?!
Posted by Needles at 10:28 AM