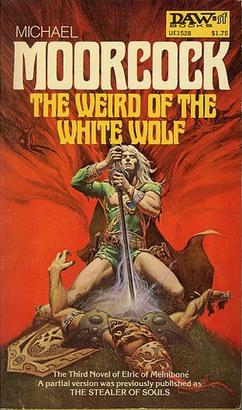 "Stay well away from that sword," Smiorgan warned. "It has the habit of killing more than its master chooses." ~ The Sailor on the Seas of Fate


In the annals of legend is there a blade with as many souls that have been cut down in their prime as Stormbringer & Mournblade from Michael Moorcock's Elric books. Yesterday we spoke about the Dwarves of the Wilderlands & Hyperborea. Today we're going to speak of one of the most evil swords of three worlds & no its not Stormbringer. This blog entry picks up with the Dwarven efforts from yesterday. And it picks up with the sword Tyrfing or as its called Tyrfing, Tirfing or Tyrving; "Tyrfing, Tirfing or Tyrving (The name is of uncertain origin, possibly connected to the Terwingi) was a magic sword in Norse mythology, which features in the Tyrfing Cycle, which includes a poem from the Poetic Edda called Hervararkviða, and the Hervarar saga " 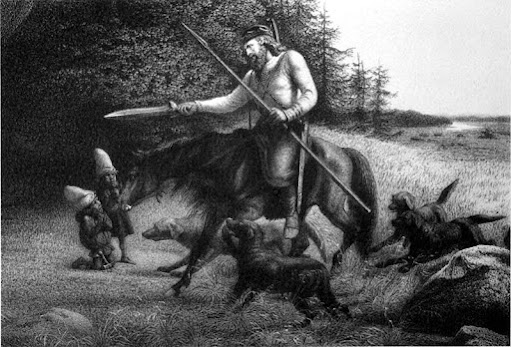 DM Steve called Tyrfing - 'the Sword of  Three Names'. What does it have to do with the Stormbringer entity? "Moorcock intended the sword/character as a symbol of his theme, "how mankind's wish-fantasies can bring about the destruction of... part of mankind." Tyrfing has many of the same qualities as Stormbringer. This cursed sword was forged by the hand of the Dwarves.  Tyrfing is another part of the Dwarven legacy of items of mythology & power. In order understand the magnitude of Tyrfing's influence we have to look a very brief summery of the events surrounding the sword from the wiki entry ; "Svafrlami was the king of Gardariki, and Odin's grandson. He managed to trap the dwarves Dvalinn and Durinn when they had left the rock where they dwelt. Then he forced them to forge a sword with a golden hilt that would never miss a stroke, would never rust and would cut through stone and iron as easily as through clothes.

When Svafrlami heard the curses he tried to slay Dvalinn, but the dwarf disappeared into the rock and the sword was driven deep into it, though missing its intended victim.

Svafrlami was killed by the berserker Arngrim, who took the sword in his turn. After Arngrim, it was worn by Angantyr and his eleven brothers. They were all slain at Samsø, by the Swedish champion Hjalmar, and his Norwegian sworn brother Orvar-Odd; but Hjalmar, being wounded by Tyrfing (its first evil deed), has only time to sing his death-song before he dies, and asks Orvar-Odd to bring his body to his beloved Ingeborg, daughter of Yngvi at Uppsala.

Angantyr's daughter, Hervor (by his wife Tófa) was brought up as a bond-servant and remained ignorant of her parentage. Upon learning it, she armed herself as a shieldmaiden, and travelled to Munarvoe in Samsø in an attempt to recover her father's weapon. She found it and married King Gudmund's son, Höfund. Together they had two sons, Heidrek and Angantyr (the second). Hervor gave Heidrek the sword Tyrfing in secret. While Angantyr and Heidrek walked, Heidrek showed Angantyr the sword. Since he had unsheathed it, the curse the dwarves had put on the sword made Heidrek kill his brother Angantyr. This was the second of Tyrfing's three evil deeds.

Heidrek became king of the Goths. During a voyage, Heidrek camped at the Carpathians (Harvaða fjöllum, cf. Grimm's law). He was accompanied by eight mounted thralls, who eventually entered his tent and slew him in his sleep, the third and final of Tyrfing's evil deeds. Heidrek's son, also named Angantyr (the third), caught and killed the thralls and reclaimed the magic sword, finally satisfying the dwarves' curse.

Angantyr was the next king of the Goths, but his illegitimate half-Hun brother Hlod (or Hlöd, Hlöðr) wanted half of the kingdom. Angantýr refused, and Gizur called Hlod a bastard and his mother a slave-girl. Hlod and 343,200 mounted Huns invaded the Goths (See The Battle of the Goths and Huns). The Huns greatly outnumbered the Goths. The Goths won because Angantyr used Tyrfing to kill his brother Hlod on the battleground. The bodies of the numerous warriors choked the rivers, causing a flood which filled the valleys with dead men and horses."  And then Tyrfing vanishes from mythology & legend according to the same wiki entry; " The  curse on Tyrfing is comparable to that placed on the ring Andvaranaut in the Völsung Cycle." The ring Andvaranaut is another blog entry unto itself.  As we said in yesterday's blog entry there's are several analogies of the Young Kingdom empire within the Wilderlands of High Fantasy. 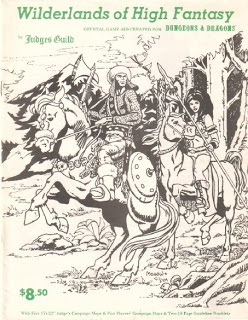 Tyrfing vanished from history secure in the hands of its makers as a part of the treasures & artifacts of the royal houses of the gods of the Dwarves. The sword was used in the final battles of the gods of Earth against the forces of darkness. All of this taking place in the far future battle of Ragnarök. All of this takes place on 'Old Earth in the far future before the passage across the nexus gates of humanity onto Hyperborea & the Wilderlands. The sword Tyrfing was or will be at the battles of Ragnarök.The sword Tyrfing is a part of the stormbringer demonic entity that eternally comes around as a part of the end of a world or univere's cycle.

This means that Tyrfing or a Stormbringer analogy in the form of a magic or artifact sword could well be on both the Wilderlands of High Fantasy & Hyperborea. But why?! Because the Stormbringer entity is eternally wanting to be born or forged across realities of the multiverse. Which means possibly right now a cycle simliar to or paralleling the events of Elric & the Young Kingdoms could be happening right this second in Hyperborea or the Wilderlands. 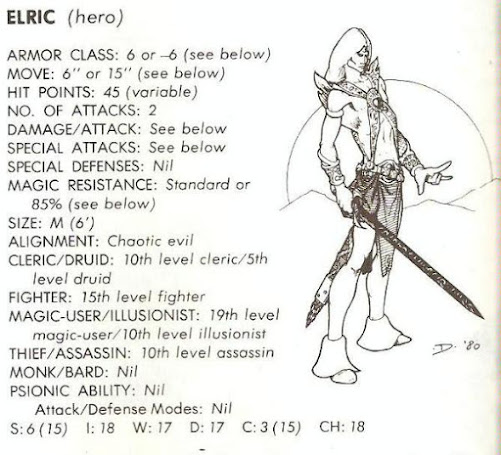 This happens across realities time & again to trim the 'fat' of each of the realities that we see. In Black Blade of the Demon King from Knight Owl Publishing from 2018 we see this cycle in its full effect with an adventure for PC's. 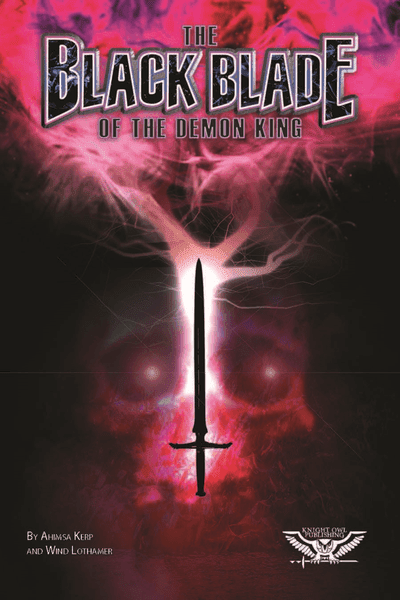 Where will the evil sword strike next?! We'll get into that coming up.