"Seventy-Five-Thousand Years ago, mankind first migrated into space and colonized the planets circling the brightest stars in the night sky, creating the region of space known as the Wild Stars.

They are yours to explore!

Based on the long running comic books series by Michael Tierney: of the same name!" 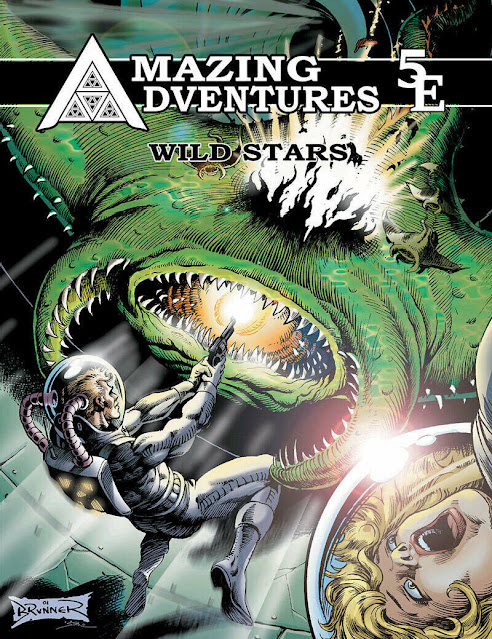 So one of the books that's been in our hands for a long while now has been the Fifth edition book by Troll Lord Games called Amazing Adventures 5E Wild Stars by Michael Tierney, &  Jason Vey.

Now before you unsubscribe to this blog because, 'Oh my God he's reviewing a fifth edition book?!' Amazing Adventures 5E Wild Stars  is pretty much stat less & really given over to the Wild Stars campaign setting history, the comic book adventure plot, & some of the twists & turns of the comic book itself. The layout, artwork, etc. are up to Troll Lord standards. This isn't a huge book book clocking in at forty six pages. But you have to understand Wild Stars premise, big ideas, characters, etc. that this series put forth.

Of course I've already seen the grousing from those certain quarters of gaming, 'Oh I wasted my money', 'Its too short of a setting book', 'this is simply a rehash from the coming books', yup I already heard it from the usual local quarters which I ignored & doubled down by grabbing the Wild Stars: 35th Anniversary book with a really sweet discount. 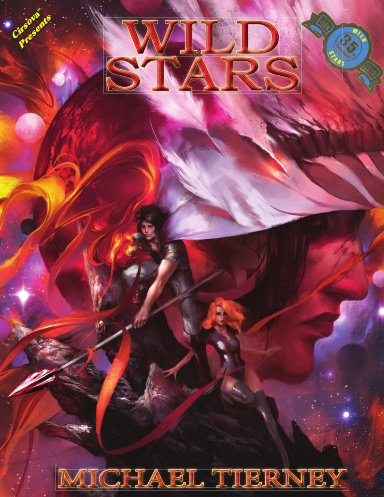 So what is Wild Stars all about?! Well its basically an alien invasion series mixed in with high concept time travel, FTL, cosmic gods, science fiction weirdness, & a lot of good old fashion Pulp style adventure. But what really sold us on this setting was the crabmen artwork! 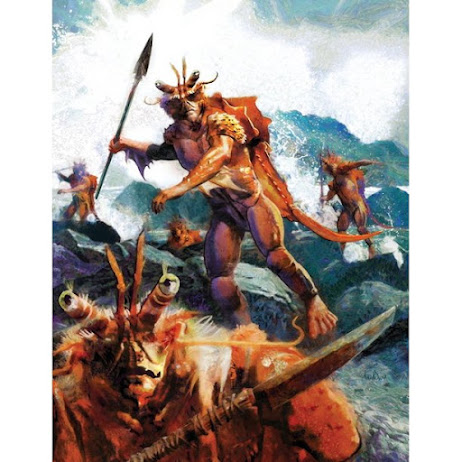 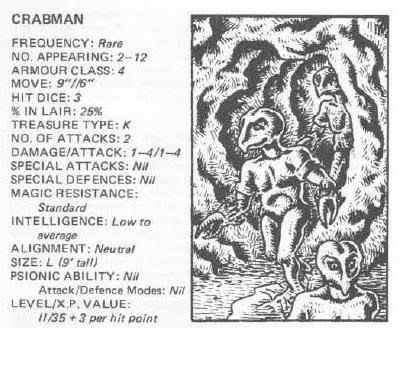