The game started off with quite a bang as the players PC's were tracking a necromancer to the multiverse's most haunted house of Tegel Manor. Simple premise enough unto itself but with DM Steve among the players events soon got complicated! Very complicated in fact! 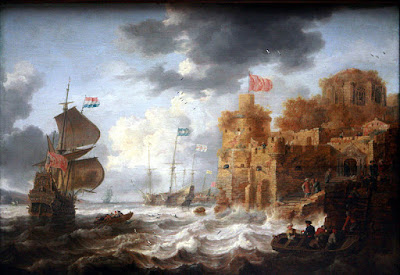 During last night's dimensional traveling Tegel Manor regular play session the party confronted a necromancer who had gotten his hands on a particularly nasty wizard's staff relic. The PC's wrestled with the staff & the player who was grappling rolled a '1'. Things got rather  complicated because during last night's gaming session using Adventurer,Conqueror,King rpg. I was using the original Tegel Manor & so I wasn't really prepared for a PC death that early in last night's session. The staff broke in half & there was a tremendous explosion. A sound of a million souls & the  wrenching of reality collided  as the plane's most haunted house was forced between dimensions! 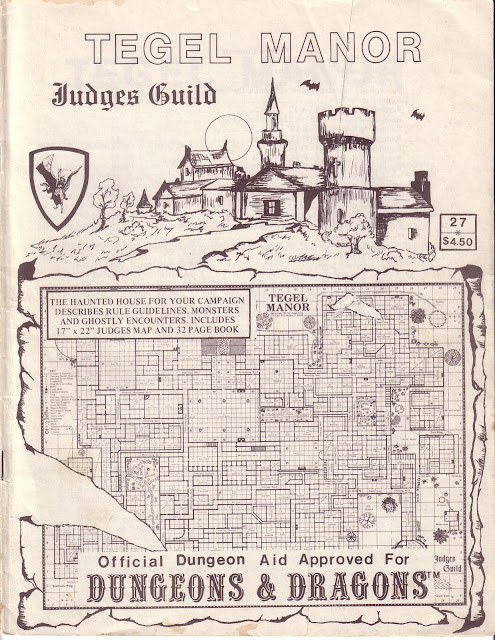 After rolling a D20 & taking 'smoke break' ( no one smokes but we needed air). The party awakened to day light & the smoking remains of the necromancer. The party finds itself in a wasteland sorrounding the valley of the manor. They make their way outside but I asked the party's fighter to make a saving throw as he subcombed to blood loss. The PC John the Brave had gotten a vampire's kiss as he slept! This came about as a result of grabbing a copy of ACK's revised vampire rules via their patreon.
Would our fighter subcomb to his curse?! And where the Hell was the group?! The party grabbed horses & made their way to edge of the valley after a day's right. They were greeted to desert & wasteland surrounding them!
They made their way to a series of pyramids & ruins being surveyed. The party engaged several royal surveyors. And that's when DM Steve piped up, 'I know where we are!' You bastard you pulled out your 'Atlantandria Port City Of Accursed Atlantis' from your ass!!?'
I simply smiled as the trap was sprung. 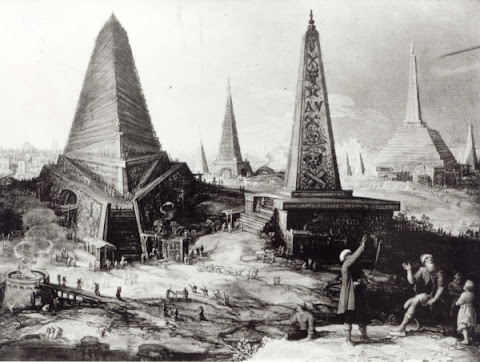 In my own campaign other dimensional location the city states ofAtlantandria are a mix of energy weapons and black powder. They follow by route the ancient ways of technology and super science as well as black sorcery.

DM Steve had played way back in 2016 & back then I didn't have access to the Adventurer,Conqueror, King rpg.
When Atlantis sank beneath the waves there were many ruins left within the wastelands. An entire country full of the ancient remains of this once spectular ruler of not only this world but the once might colony worlds of Mars and Venus as well.
But now only the jade lined ruins and gleaming stoneworks remain above ground.
Below are mazes of corridors, dungeons of horror, and far more.
These wastelands are the home to roving tribes of barbarians, desert dwellers, and inhuman monsters.

“By such reflections and by the continuance in them of a divine nature, the qualities which we have described grew and increased among them; but when the divine portion began to fade away, and became diluted too often and too much with the mortal admixture, and the human nature got the upper hand, they then, being unable to bear their fortune, behaved unseemly, and to him who had an eye to see grew visibly debased, for they were losing the fairest of their precious gifts; but to those who had no eye to see the true happiness, they appeared glorious and blessed at the very time when they were full of avarice and unrighteous power. Zeus, the god of gods, who rules according to law, and is able to see into such things, perceiving that an honourable race was in a woeful plight, and wanting to inflict punishment on them, that they might be chastened and improve, collected all the gods into their most holy habitation, whch being placed in the centre of the world, beholds all created things. And when he had called them together, he spake as follows --” ― Plato, Timaeus/Critias
There are dungeons and ruins a plenty here to tempt adventurers and explorers into their depths, strange alien creatures stalk the wastelands and kill with little provocation. 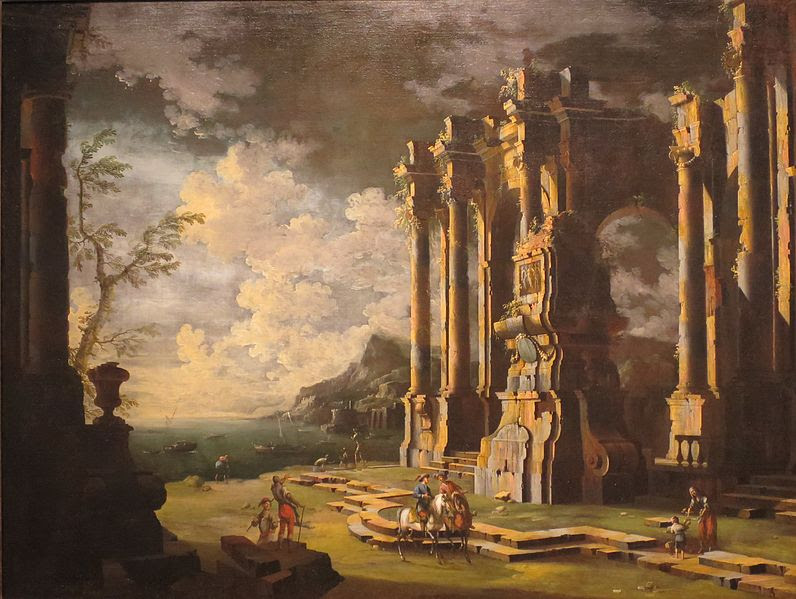 It is a dangerous time for this world. A place of mystery and horror just waiting for adventurers to set foot within its confines.

The party made their way to the inner capital after a few days as Sir John stuggled with the ever worsening vampiric curse via Tegel Manor's more toothy inhabitants. When they got to the capital things had umm changed?! They were greeted by several Dragonborn royal guardsmen & Tertius Aelius Domitianus is the new emperor! Wait what?! DM Steve's face dropped as I said that over eighteen years had passed instead of the four of real time! There were several elven 'advisors' around the emporor. The Elven healers could offer Sir John some temporary relief they handed the 'patient' (victim) off to Terran Cosmonaut ambassors tender mercies of super science. But what really confused the party was the inclusion of several Terran Cosmonaut ambassors whose super science could not haul the spreading vampiric  infection. They advised seeking out several healers in the outer lands of Atlantandria on the tip of the old remanant of Atlantis who might know more. But its here where the forces of chaos are concentrated! Hoards of pig faced orcs via Underworld Miniatures under the control of shamans, champions, & generals. 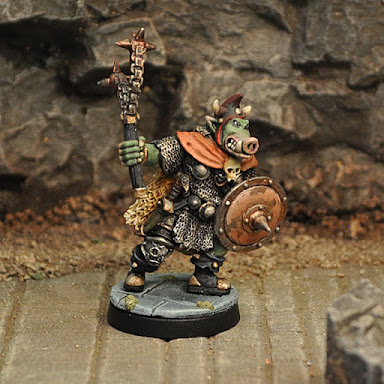 So the party wants to look for alternatives in  Atlantandria Port City via some of the back alley doctors & possible cures found via 'Terran super science'. So this is where events are getting interesting because I'm including some of the PC  races from The Barbarian Conquerors of Kanahu setting sourcebook.

There is a ton to unpack here & one of which happens to be the fact that there's a dragon behind the throne of Accursed Atlantis. The players have started to figure this out already & several possible lead ins from other campaigns. The truth is much more dangerous then they know with the dragon ruler derived from the Heroic Fantasy Handbook for ACK's. The chaos tribes however are straight out of Domains At War with black powdered long guns being front & center from Guns of War. But its really the specter of ACK's Dwimmermount someplace near  Atlantandria that has the players really worried. The megadungeon draws the forces of chaos like flies to a fresh maggoted corpse.

But what the players don't realize is that I'm not going to be using White Star to flesh out the Terrans. Rather its a gonna be Night Owl Workhop's Colonial Troopers. The Terrans are in an all out protracted war with 'the bugs'. But the forces behind 'the bugs' isn't the tradition Robert Heinlein 'Star Ship Troopers' bugs. Rather these are sort of like those bugs but they have a far more Adventurer,Conqueror,King connection with a caste of rulers at the top of the pyramid. ACK's Lairs & Encounters owners & DM's will know whose incharge & its not pretty. We ended with the party delving deep into the city state capital of Atlantandria & this was only the first session!