In a land where weirdness and mystery had strongly leagued themselves with eternal desolation, the lake was out-poured at an undiscoverable date of elder aeons, to fill some fathomless gulf far down amid the shadows of snowless, volcanic mountains. No eye, not even the sun's, when he stared vertically upon it for a few hours at midday, seemed able to divine its depths of sullen blackness and unrippled silence. It was for this reason that I found a so singular pleasure in frequently contemplating the strange lake. Sitting for I knew not how long on its bleak basaltic shores, where grew but a few fleshly red orchids, bent above the waters like open and thirsty mouths, I would peer with countless fantastic conjectures and shadowy imaginings, into the alluring mystery of its unknown and inexplorable gulf.

It was at an hour of morning before the sun had surmounted the rough and broken rim of the summits, when I first came, and clomb down through the shadows which filled like some subtler fluid the volcanic basin. Seen at the bottom of the stirless tincture of air and twilight, the lake seemed as dregs of darkness.
Peering for the first time, after the deep and difficult descent, into the so dull and leaden waters, I was at length aware of certain small and scattered gleams of silver, apparently far beneath the surface. And fancying them the metal in some mysterious ledge, or the glints of long-sunken treasure. I bent closer in my eagerness, and finally perceived that what I saw was but the reflection of the stars, which, tho the day was full upon the mountains and the lands without, were yet visible in the depth and darkness of that enshadowed place.
The Black Lake  (1922)  by Clark Ashton Smith 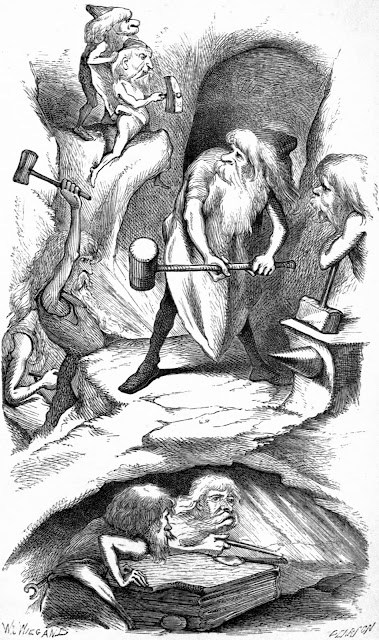 There are relics & instruments of the gods that no man should hold. Things that the hand of  mortal man should never have let alone touch. These treasures come with prices all of their own. Penalties &  punishments that are handed out by the fates because circumstances call to them. 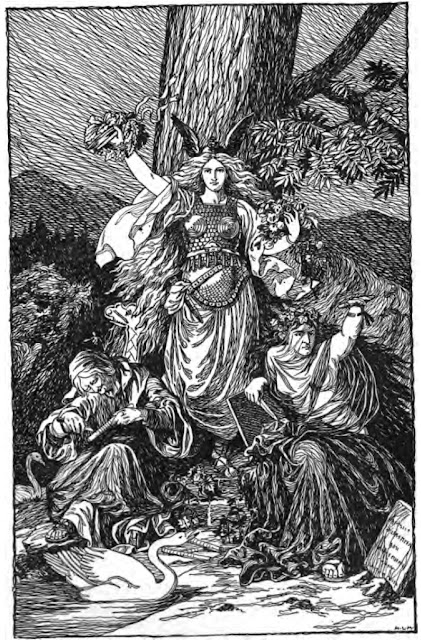 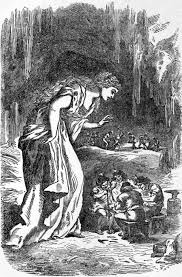