"On such a little thing my life hung that I often marvel that I escaped so easily. Had not the rifle of the leader of the party swung from its fastenings beside his saddle in such a way as to strike against the butt of his great metal shod spear I should have snuffed out without ever knowing that death was near me. But the little sound caused me to turn, and there upon me, not ten feet from my breast, was the point of that huge spear, a spear forty feet long, tipped with gleaming metal, and held low at the side of a mounted replica of the little devils I had been watching.

But how puny and harmless they now looked beside this huge and terrific incarnation of hate of vengeance and of death. The man himself, for such I may call him, was fully fifteen feet in height and, on earth, would have weighed some four-hundred pounds. He sat his mount as we sit a horse, grasping the animal's barrel with his lower limbs, while the hands of his two right arms held his immense spear low at the side of his mount; his two left arms were outstretched laterally to help preserve his balance, the thing he rode having neither bridle or reins of any description for guidance.

And his mount! How can earthly words describe it! It towered ten feet at the shoulder; had four legs on either side; a broad flat tail, larger at the tip than at the root, and which it held straight out behind while running; a gaping mouth which split its head from its snout to its long, massive neck."

A Princess of Mars by Edgar Rice Burroughs 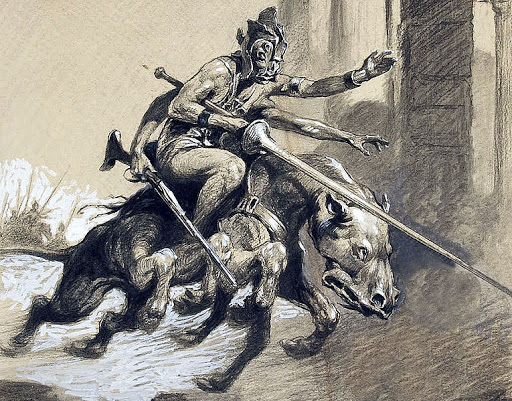 The green martian race represents some of the most dangerous alien foes that adventurers can run into on the surface of Mars. These strange beings have their routes & ancient byways across the surface of the red planet. There are other monsters who follow in their wake & even pray on these fierce alien warriors. These creatures are often the forgotten & seldom talked about real danger of the green martian race. 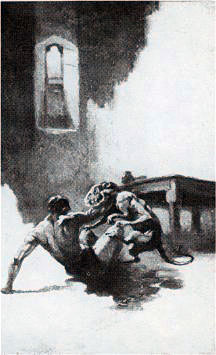