In a lost land, that only dreams have known,
Where flaming suns walk naked and alone;
Among horizons bright as molten brass,
And glowing heavens like furnaces of glass,
It rears with dome and tower manifold,
Rich as a dawn of amarant and gold,
Or gorgeous as the Phoenix, born of fire,
And soaring from an opalescent pyre
Sheer to the zenith. Like some anademe
Of Titan jewels turned to flame and dream
The city crowns the far horizon-light
Over the flowered meads of damassin ....
A desert isle of madreperl ! wherein
The thurifer and opal-fruited palm
And heaven-thronging minarets becalm
The seas of azure wind....

(Note: These lines were remembered out of a dream, and are given verbatim.)
The City in the Desert  (1922) by Clark Ashton Smith 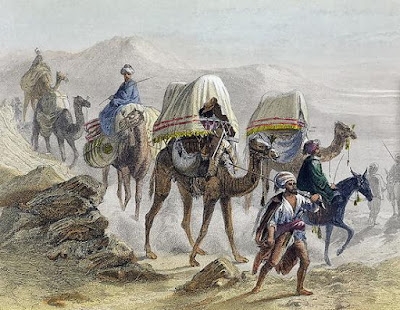 So the following small selection of random encounters happened in last night's X5 Temple of Death game, a few of these have been modified out to give the flavor and weirdness of the adventure with a bit of foreshadowing of things to come for the party of adventurers. Many of these encounters reflect the lands of Hule that the party is making its way into. The Great Pass has its own unique set of challenges & high weirdness. The deep trail encounters offer the dungeon master a chance to show the PC's some of dangers of Hule and could be a potential boon or problem. 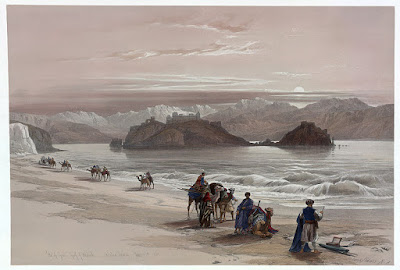