"Hordes of metal monsters are ransacking small towns and villages and it’s up to you to track down the source and put an end to the terror. The quest will take you to ancient ruins where you must face off against the diabolical designs of the Mad Master and traverse the mind-bending dungeon of his grand maze. Devilish inventions, clockwork horrors and insidious traps will test your party’s mettle as you seek to unravel the mysteries, solve the puzzles, and escape the Moving Maze of the Mad Master." 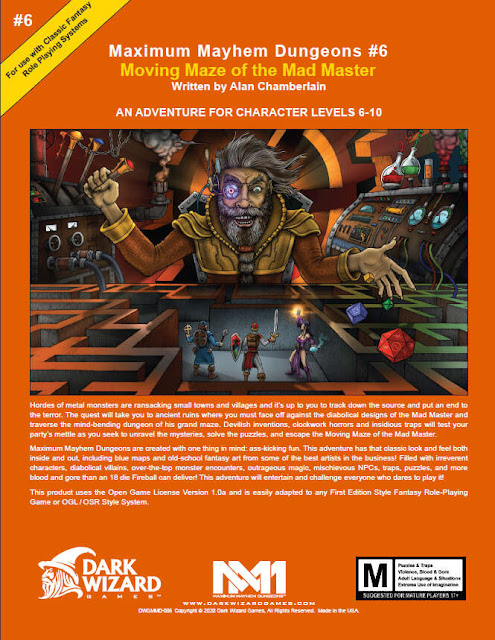 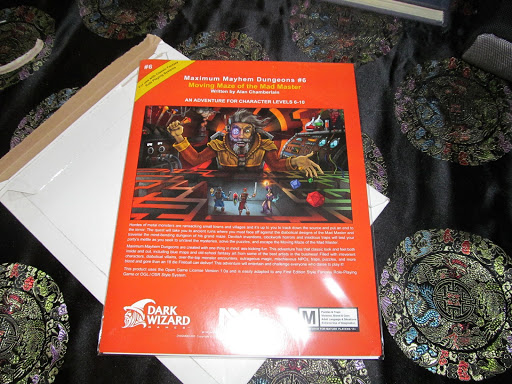 Moving Maze of the Mad Master takes the PC's into  a sort of spiderweb of rumors & encounters finally confronting the ruins of the 'mad master'. The module plot keeps things moving very fast & kinda deadly. There's a lot going on in here with tricks, traps, & the bizarre  going down very much in the heart of the adventure.  The inner  11”x17” game board with two rotating maze wheel components goes right for the juggler of a party. The maze works are deadly & harrowing.

Encounters come fast & the traps are worth of the master of the maze himself with the player's PC's subject to the machinations of the master of weirdness having his hand on the pulse of his creation. He's a very deadly opponent and the encounters reveal a bit more as time goes on if your PC's survive. 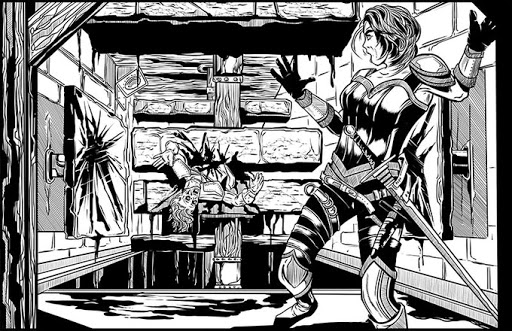 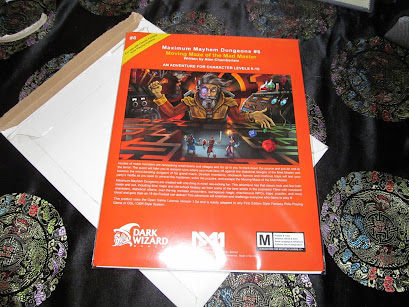 Maximum Mayhem Dungeons #6 The Moving Maze of the Mad Master isn't your run of the mill module.  This is another part of the Dark Wizard's line & to a certain extent I think it players right into some of the science fantasy variety that we saw in Mark Taormino's Maximum Mayhem Dungeon #2: Secret Machines of the Star Spawn. 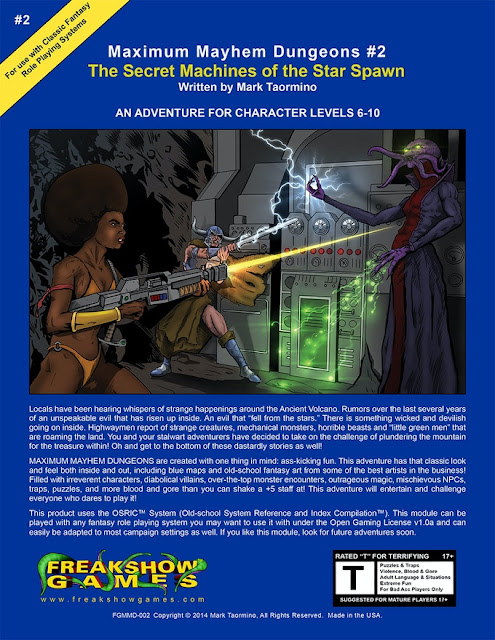 Many of the science fantasy themes seen in Secret Machines of the Star Spawn sorta crop up again Moving Maze but in a totally different form but many of the same adventure element appear
alien anachronisms, things that should not be in a the local time, gonzo & over the top tricks & tracks, and much more. All of these adventure elements can be built upon to create a unique kit bashed world campaign. 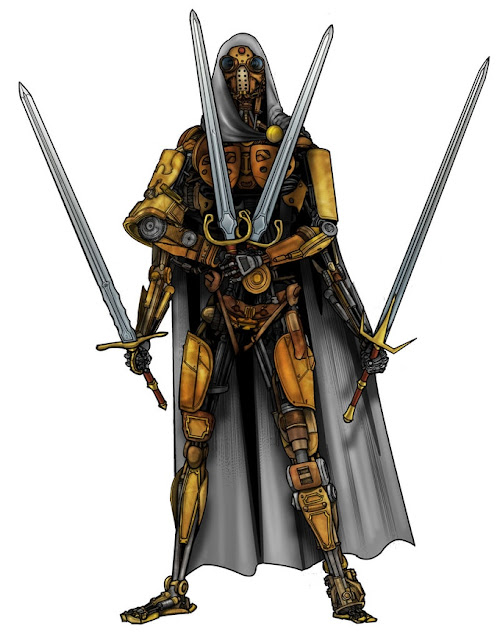 Think Greyhawk here but plagued by things from 'outside' that want back into the world & are manipulating events around them through the occult magictech that they can get away with! Sure we've seen this a few times in other OSR modules but here the science fantasy is solidly on display. These alien forces want back in & they'll stop at nothing to gain control.. again. 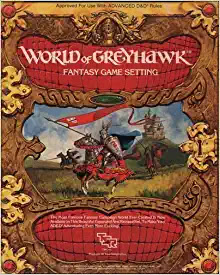 To a certain extent I think that many of the Dark Wizard Games modules could & should be used in conjunction with many of the old school campaign settings. This is one of the things that these modules were designed to do. But I also think that the Dark Wizard adventures could be woven into a dungeon master's kit bashed science fantasy setting all of their own.
Posted by Needles at 11:55 AM