"Thy beauty is the warmth and languor of an orient autumn,
Caressing all the senses—
With light from skies of heavy azure,
With perfume from blossoms large as thuribles,
That hang in the berylline dusk of palms;
With the balmy kiss of wind and wave beneath Canopus;
And the songs of exotic birds
That pass in vermilion-flashing flight from isle to isle
On an ocean of lazuli.
O, sweetness in the inmost sense,
As of blood-red fruits that have grown by the waters of Lethe,
Or fragrance of purple lilies crushed in a cypress-grove
By the sleeping limbs of Eros ! . . .
Thou pervadest me with thy love
As the dawn pervadeth a valley among mountains,
Or as sunset filleth the amaranth-colored sea;
The desire of thy heart is upon me
Like a summer wind from Cythera,
Where Venus lies among the tiger-lilies
By a pool whose waters arc fed from secret springs;
I inhale thy love
As the breath of hidden gardens of purple and scarlet,
Where Circe trails a gown
Whose colors are the reddening gold of flame
And the azure of the skies of autumn."
Cleopatra  (1922) by Clark Ashton Smith

There are dark tombs that straddle the worlds of the living & the dead. These tombs act as portals between the worlds so it stands to reason that the relics found there are often from places left trod by humanity.  But there are things & beings that seek out such places in the wastelands. Such beings often leave their traces behind in such places.

Down in the depths of tombs of these accursed places are treasures beyond compare. Alien things & relics that are best left for the wise or dark wizards to find. Such relics often draw fools erm adventurers to them. They lay undisturbed for thousands or even millions of years. The dry air, deprived light less places preserving these 'treasures'. 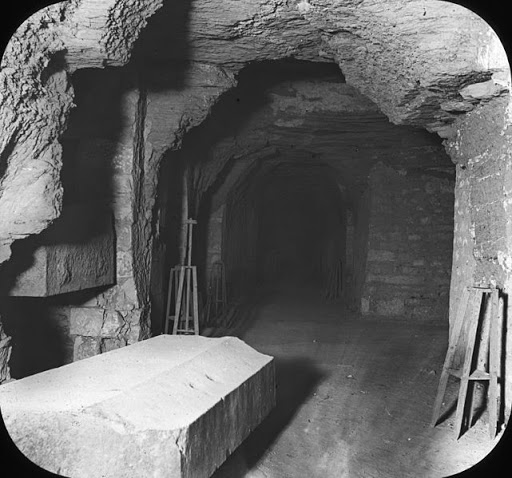 These tombs are often the home to several horrid cults that take turns using these sacred spaces. But these places are the target for adventurers who wish to loot (liberate) the relics within. There are often vengeful spirits associated with such places however.