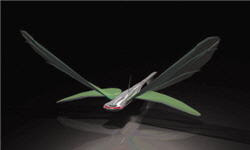 Micro Familiar Type 1
Developed by pirates to help them aboard ships, the standard Micro Familiar uses a cloned 1/4 sided rat brain & bio drive system to assist its master with day to day activities. The micro tools can be used for data entry,  technology assistance, & even psionic stimulation. The system is only 4 inches long & uses a system of micro floaters & micro manipulators to for gripping, grabbing, & such. The system may be loaded with 2 psionic disciplines & is directly bonded to its master. These familiars will last a total of 20 years before the body wears out. The master simply removes the bio drive & replaces the body for 100 credits. These handy little familiars are about 200 credits within the pirate worlds. The Human Empire's religious issues with this technology prevent it from being adapted accept on the fringe worlds where it has be come quietly standard. 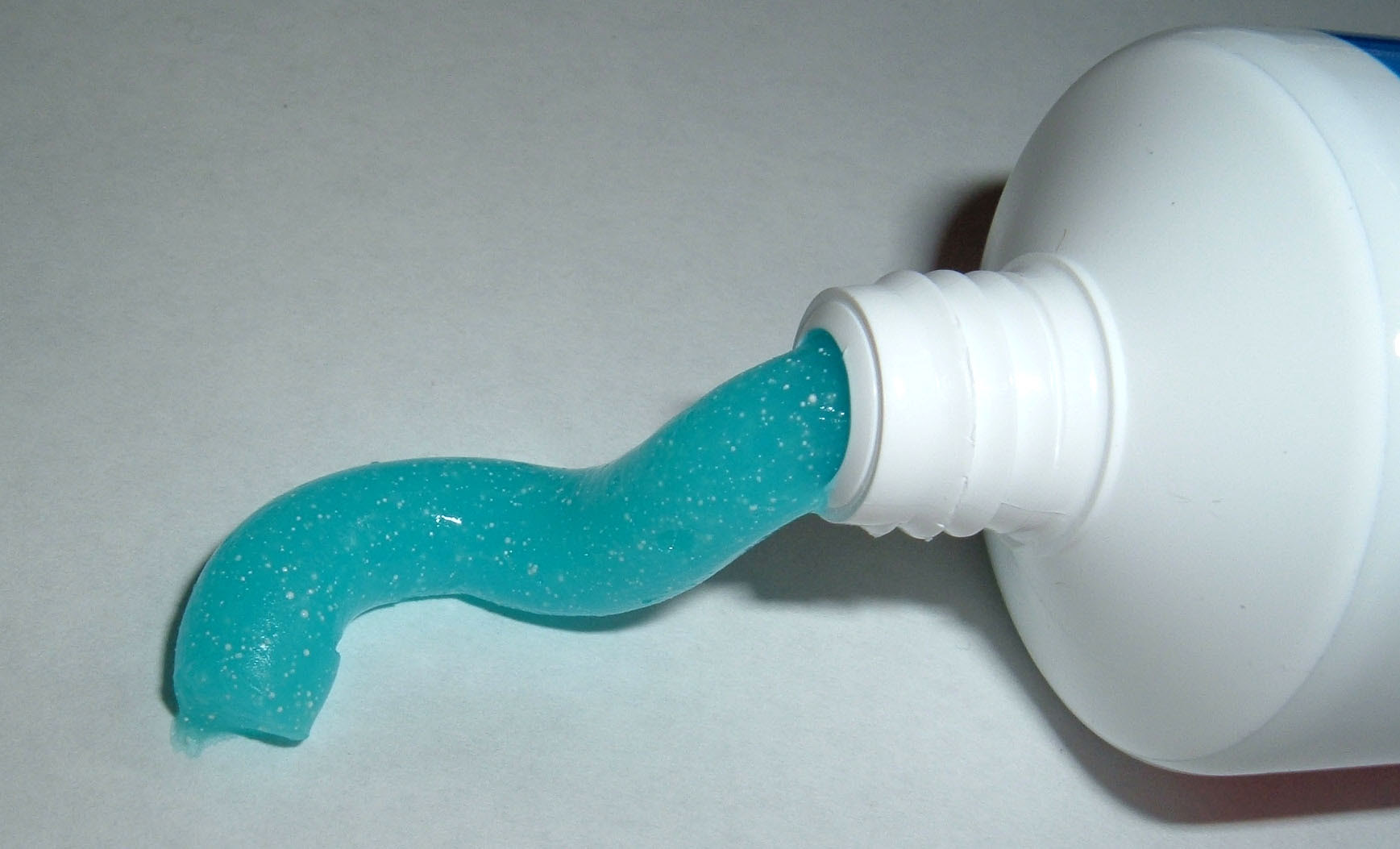 Magenta  Colored Goo
This incredible alien substance comes in wide variety of colors but has always been known as Magenta Goo. An application of this substance will remove the friction from a 12 " by 12" space where its applied. This effect will last for 1d3 rounds. Each tube comes with 6 applications. This stuff is often loaded into a micro familiar by its maker. Where it comes from & who makes it is unknown. When found for sale its a cheap 10 credits. 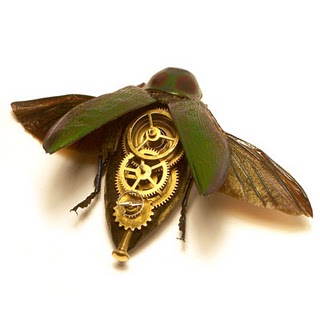 Engineering Bug
The Engineering Bug is a strange little bettle like bug that adds +2 to all engineering roles. It assists with repair tasks & such aboard ship. A cloned squirrel brain is hard wired into an insectoid carapace.A sliver of human brain tissue with the psionic discipline machine empathy is also placed within. The insect has a full array of micro tools & a plasma wielder to assist its master with a multitude of tasks. 400 credits in many stations. Frowned up in the Human Empire. 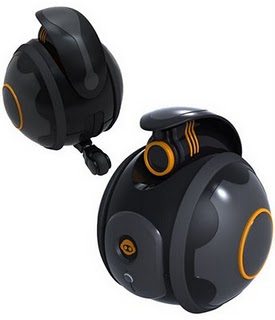 
An astronaut's best friend, this little bot like familiar uses the cloned brain matter from the famed explorer Fredrick O' Herius as its data matrix. The bot(in the loosest sense of the word) is psionic linked with its host. It will use a macro over lay matrix interface to a create a pseudo personality from the unconscious mind of its host.
The orb generates an anti gravity pulse & is capable of  normally floating at about 6  foot. It may free float where & when it needs to or is commanded.
The I-Explorer comes surrounded with a psionic grav sphere capable of scanning most any terrain within a light year of itself. Most quick scans of a 250 diameter will have fanatically detailed mind impresses that can be telepathically projected to the host with little difficulty.
The I-Explorer is in vogue with miners, prospectors,& astronauts of all stripes. The bot is about 350 credits for used one & 600 for a mind blank model brand new. 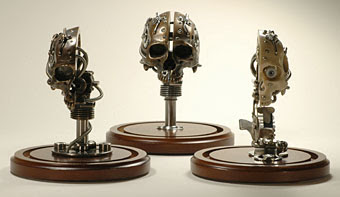 
Based upon a Derro design these familiars have been reversed engineered after the Bactra 5 massacre. They are created by combining several humanoid organs into a psionic mechanical matrices. Portions of eyes,brain, & stomach material(not pictured) are used. These floating familiars may use both True Sight & Wizard's eye on  any surface & beam their findings directly too their master in real time. They use a Gangler artificial intelligence of some malevolence to make decisions & are quick tempered as well as vicious.
The familiar may spray a mixture of bio & stomach acid in a 25 foot spray towards its target for 1d8 points of acid damage unless a saving throw is made. The target will only take 1/2 damage.
Aboard the bio ships of the Derro micro precision bio welds are used in the repairs on many of the tissue systems. The Organ familiars have vast biomechanical surgery data bases to pull from & are seen by the hundreds aboard their ships. Only the most demented would use these creatures as familiars. 600 & up for this type of familiar.
Posted by Needles at 11:01 AM