War Of The World Goliath Update 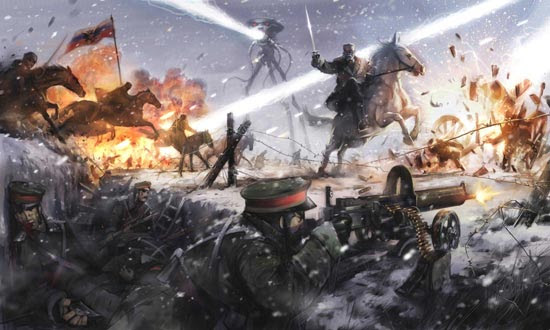 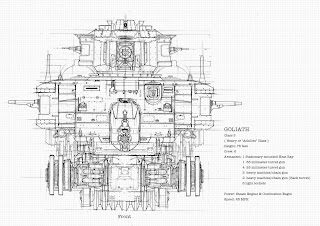 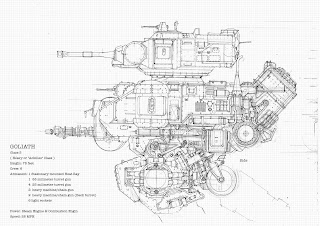 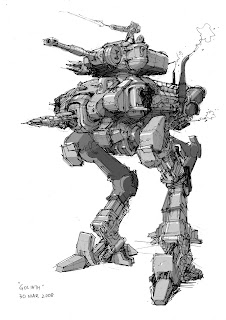 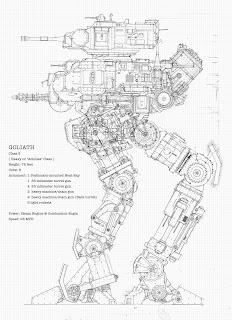 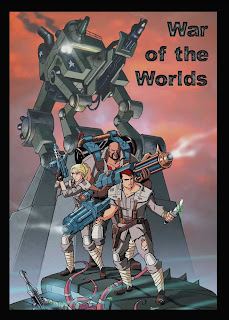 Just a quick reminder trailer of the movie

Well there are a few new details about the film first its going to be rated a solid R which is as it should be. The running time will be about 82 minutes  & it looks spectacular.
The mechs, technology, steampunk, airplanes, & the look of the world are solid but it will be interesting to see were they go with the characters.
The Heavy Metal Fan Page has most of the awesome artwork above right Here
The behind the scenes give more away in terms of where their going with the production
Watch that right here
There's also an interview with the creators here
Realm of Toys Joe Pearson Interview
War of The Worlds Goliath & The OSR
Take your favorite OSR game system & add War Of The Worlds Goliath then stand back. Personally I'd use  Mutant Future for the campaign itself. The setting easily lends itself to the sort of game that we're used to seeing in the world of  Future. Not quite standard technology, steampunk New York.
The world is begging to be adapted & as I covered in the last War Of The World Goliath Entry. There are all sorts  of goodies laying about in the public domain that can even make a good replacement
for this world.
The biggest factor seems to be the Martian technology which has a strange acceleration effect on alternative history worlds.
I think that the Old School Heretic blog did a way better job of covering Well's technology then I ever could.
principles-of-martian-technology
One thing I've noticed is that in each & every instance that the Martians appear horror seems to follow in their wake
I think that in each & every point that the martians are in an adventure they should really never be explained too much , leave an air of mystery.
Even with the movie there doesn't seem to be a whole lot about the Martians in the trailers of the movie. Sure there's the walkers & such but nothing is given away about them at all.
More to come folks