"The workhorses get it done!

Ships of Clement Sector 10-12 compiles the tenth, eleventh and twelfth volumes of our popular PDF series. Included within this book are the Lee-class merchant vessel, the Fedpost mail courier, and the Broken Hill-class Prospector. We have also included the Wraith-class Intruder and the Venture-class Troop Transport, variants of the courier and the prospector respectively.

Each ship is beautifully detailed with multiple views, detailed deckplans and full statistics. Also included are several NPCs and adventure hooks to get these vessels quickly and easily into your campaign.

While each of these ships has been specifically designed to fit into the Clement Sector setting, they could easily be used in other settings or within other science fiction RPGs if needed.

Get on board! Adventure awaits!" 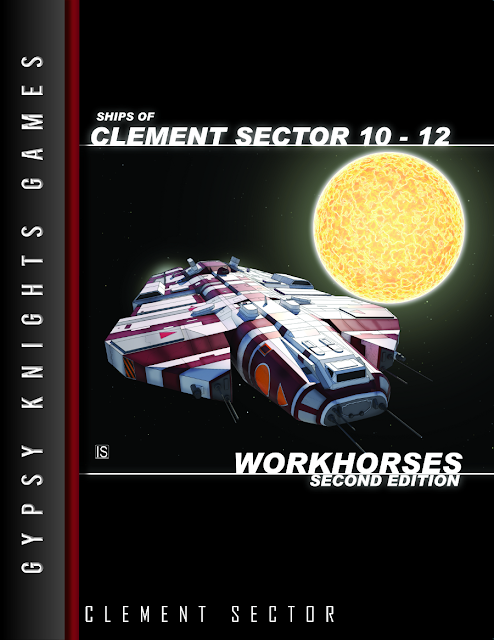 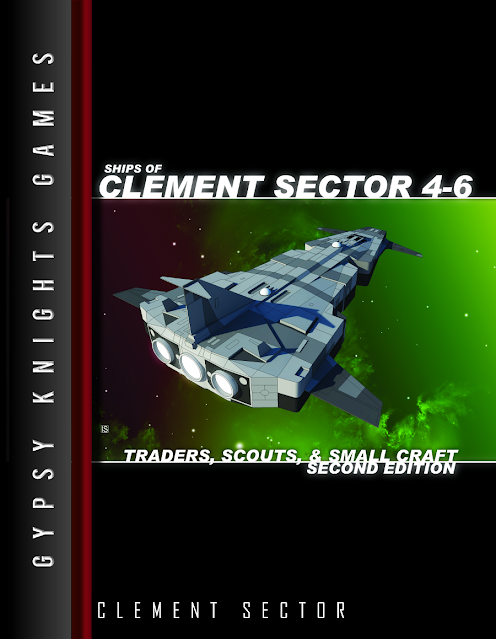