"Shadowdancers exist in the boundary between light and darkness, where they weave together the shadows to become half-seen artists of deception." 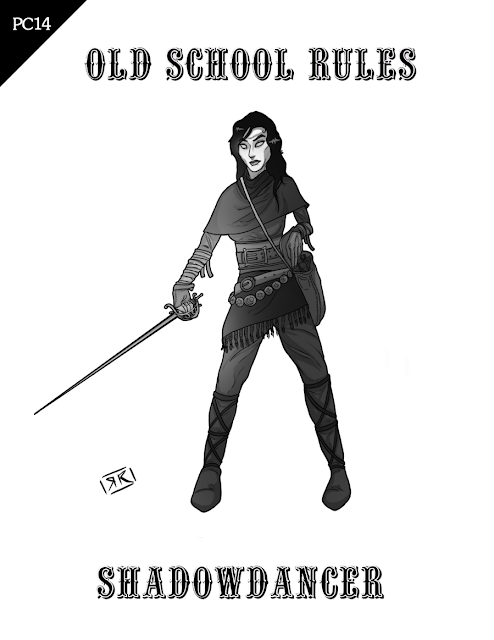 Shadowdancers are a sub-class of Rogue (see PC12 – Rogue) whose focus on stealth transcends the normal limits of reality and enters the magical."

The OSR Shadowdancer is another one of those thief sub classes that gains its own niche within a campaign. If the DM wants to use a sorta of scary or dark subclass for his NPC villains that isn't going to overwhelm their campaign? The shadowdancer could be the route to go. They could be used as thieves and murder hobo for the villains. Is the class good?! Yes shadowdancers could be used to carve out the niche of the plane of Shadows having more importance within without introducing the weird element into it without going full blown horror. From pick pocketing to full on jewel theiving the shadow dancer is your class.

PC14 - The OSR Shadowdancer By  Jeremy Reaban Is Available As A Pay What You Want Title Here.