A Hostile Mail Call - Nuking The Rpg's From Orbit

For several months now there's been a hole in out gaming shelf where my Hostile setting book has been & today it got filled by Paul Elliot's Hostile Rules  hardback. Because of the shipping crisis the book has been taking longer to get here. But its a thing of beauty & ruin for our Hostile rpg players. 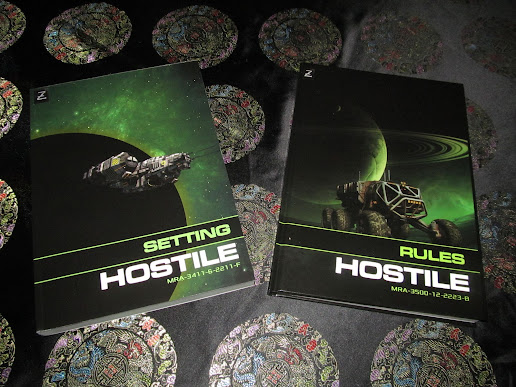 When it comes to 2d6 Eighties Science Fiction Horror, Hostile hits all of the right switches for the gaming groups that we've played with. The horrors of Hostile are both alien & utterly familar. The 2d6 aspects of the system hit the right buttons with life events, career paths, and more doing the Cepheus Engine rpg right. 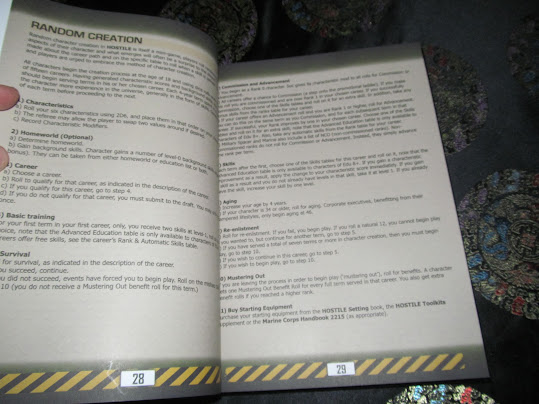 The Seventies & Eighties Science Fiction blockbuster & B movie magick   rpg vibe  that Hostile brings to the  table is something different & yet, oh so familar. Getting folks to play this game if you mention a certain 1979 film about the perfect organasm. 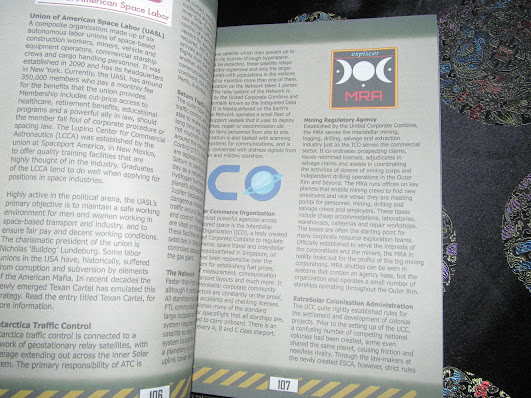 The fact is that beneath the veneer of a Sci Fi horror 2d6 rpg is a game of exploration & much more. Because combat runs on the Modern War rpg engine things are much more deadly then the players are expecting. Combat is a real affair with your PC's lives hanging in the balance. So players have to consider their every move when just about everything is trying to kill your PC. Space is deadly, the corporations don't have your best interests at heart. The android in the corner may have more principles then its makers or it could be a killer. The latest updates from the Corporation could cost so much more of your life. And let's not mention how deadly space actual is.
Posted by Needles at 11:06 PM