When one of the 'heroes' that the PC's 'saved' in our 'The Twelve Days of Saturnalia'! turned on them & tried stab them with a ritual sword! Things went from bad to sorta worse. Everything hinges on this blog entry here. 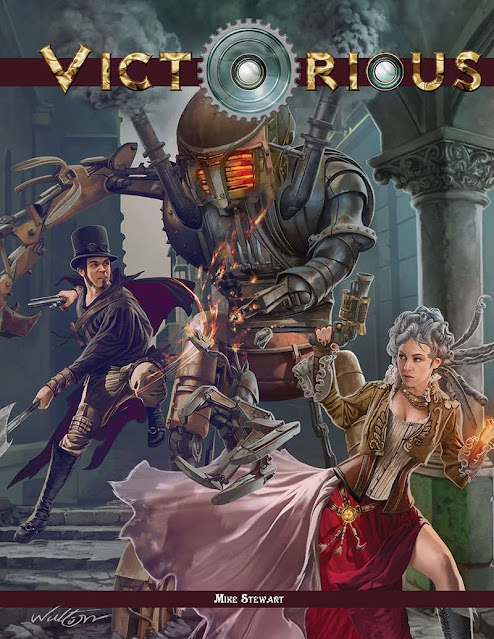 This leg of the mini campaign happened last night & yes its several weeks late. But scheduling has been a problem between the weather & work commitments. But we managed to get together to game and dove deep into London town. The back alleys of London were the site for a 12 days of Saturnalia holiday themed game mini campaign using Mike Stewart's Victorious Rpg!. There were lots of dark Fey on the streets of London using the zeitgeist of humanity to take on familiar popular pop  cultural icons. The party wasn't having any of it. They saved folks but made their way to the center of the occult energies where they saw a costumed man being 'assaulted' by a bunch of these Fey feeding on the occult energies. 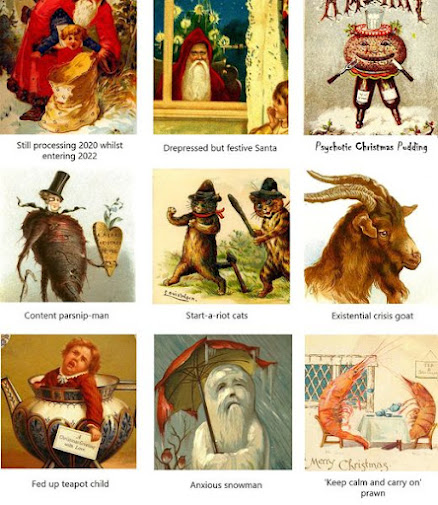 They freed the costumed man whom they assumed was another costumed adventurer but at a critical juncture when they were going to save the children who were going to fed into an avitar of Saturn. The costumed man turned out to be one of the main priests of Saturn who was stunned by Northern Lights. The Icelandic adventurer stuned the priest and the party left him for the authorites to deal with. They were able to save the children while using iron bars to keep the Fey at a disadvantage. The Leichester Wonder was however bitten by a rampaging cat demon but managed to destroy the thing with one of his ray pistols.

The rest of the party managed to deal with the Unseelie Court by getting a choir together to sing holy Christmas hymns to drive back the Fey. And it worked with a number of Charisma & performance rolls! The night wrapped up with the arrests of the cult & the return of the children. The two wizards of Camelot who are a part of our crew banished the avitar of Saturn when the thing's cult collapsed! All in all a good night!
Mike Stewart's Victorious Rpg is Availabe Right Here
Posted by Needles at 10:42 AM