"The original Elf is a bit of a strange character. On one adventure it is a Fighter on another it is a Magic-User, but it can't be both at the same time. It is awkward and somewhat unwieldy when running an original edition game. How can we make an alternate version that also remains true to the integrity of the system? The core idea is you have a character with good fighting ability and some magic ability." 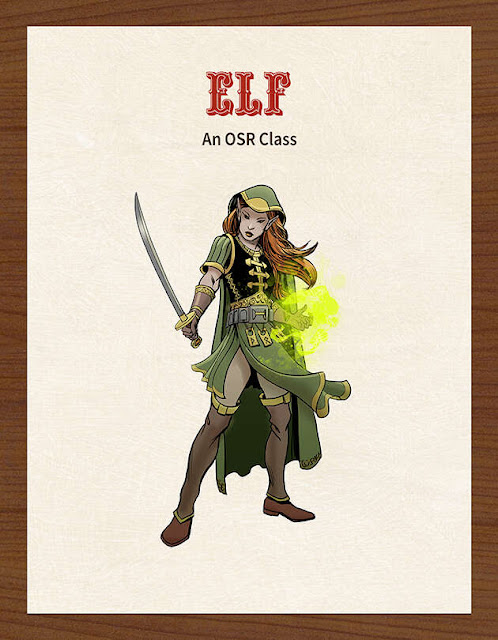 What if the elf was a full time fighting-man and magic-user? With this in mind we can give the Elf attacks and saves like a fighter, and spells like a magic-user full time. Carefully balanced with the other classes."

Elf OSR Class by Thomas Denmark is a call back to the early days of OD&D & B/X Dungeons & Dragons. This is class as race or race as class in both directions the Elf OSR fills a very specific need & that is one of the Elf OSR being a sort of old school tool kit character. It has elements of the fighter & the magic user. But the Elf OSR class  in effect being its own fulcurm for old school campaigns. Because the Elf OSR class takes the old elf & spins it into  a character with good fighting ability and some magic ability. 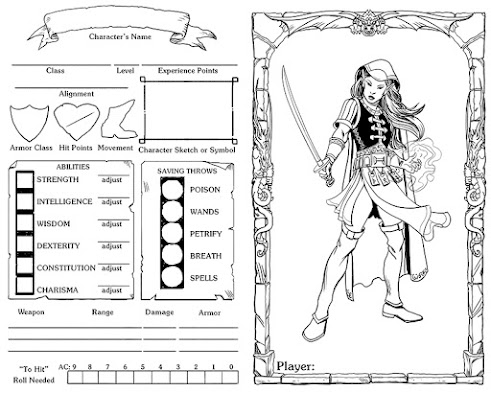 The OSR Elf is perfectly suitable for OD&D, B/X & Advanced Dungeons & Dungeons first edition. Why?! Because it fills a role in a party of adventurers in a way that the players of those systems will find familiar. The elf is an adventurer's class and perfect for exploration, some military activities, and has the potential for a bit of magic. The fact is that sometimes a party needs the edge of a wizard with the martial edge of a fighter. The OSR Elf provides for those needs in spades. The package here is up to Thomas Denmark & Night Owl Workshop's usual standards. The Elf OSR Class is perfect for the DM who has a veteran D&D player who wants to play a character class that is both important & familiar.