Some thoughts on the Independence Games Earth Sector Campaign Setting.

Earth in the Clement Sector rpg is a nasty instellar power to be on the otherside of. Reading through Wendy's Guide to the Fleets of Earth Sector, Volume 3 touches upon the idea of the international Earth powers have their own own space fleets. PC's who are involved with the Earth in the Clement Sector from the Earth end are going to further these international fleet's interests. If we look at the Old Western anthology then we looking at the fact that around Earth is a huge frontier. The collapse of the worm hole has crippled Earth.But this Earth has picked itself & dust itself off. Earth sector seems like the place that some folks are going to going to be misbehaving around. The  Artemis Subsector, Subsector H of Earth Sector is perfect to have adventurers getting into issues with Artemis Subsector because  is home to colonies founded by Germany, the United States, China, the Pan-Islamic Caliphate, the Southern Alliance, the Republic of Texas, and Indonesia. The corporate manuevering within the Earth sector fuels the unrest within sector giving rise to the warmachine of the international powers. Everyone wants a piece of the high frontier within the Earth sector books. 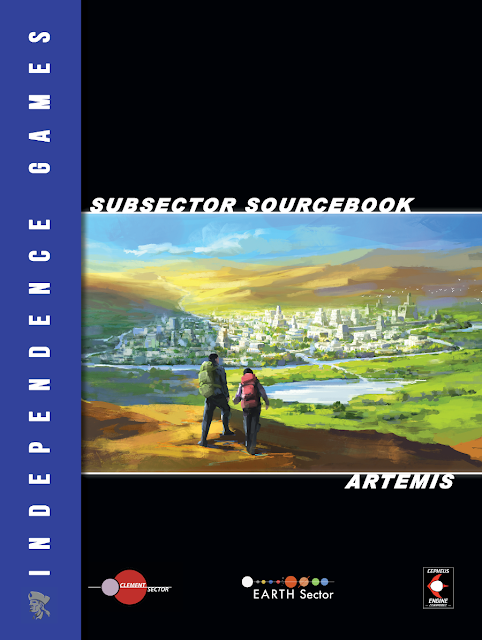 This corporate backing gives the feel of an interstellar  frontier on the edge. Earth has its hands in many different pies. The Earth has its own operatives, adventurers, and agents out among the stars. So there's a feeling here that the space western feel here is one of expansion but with a sense of caution. Earth has seen some rough days after the collapse of the wormhole and now wants its place on the interstellar stage of the universe. 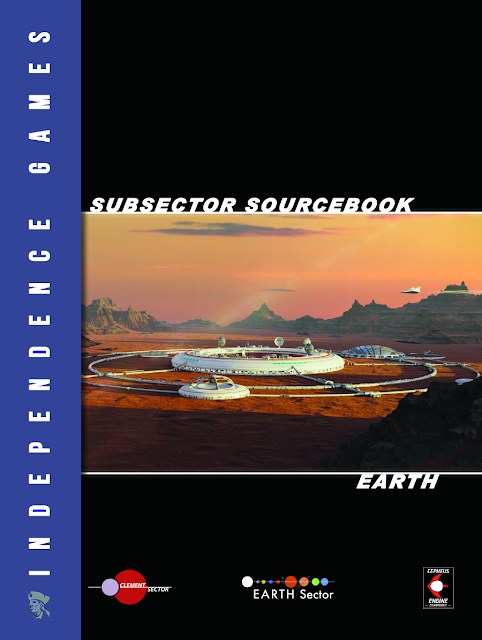 Reaing through the Earth sector books one thing really stands out. Earth looks after its own interests across the universe using its nation state star fleets to carry out its will across the universe of the Earth sector. But this also leaves room for the adventurers to misbehave within the cracks of the Earth's jurisdiction. How & why?! we'll get into coming up!
Posted by Needles at 8:14 PM