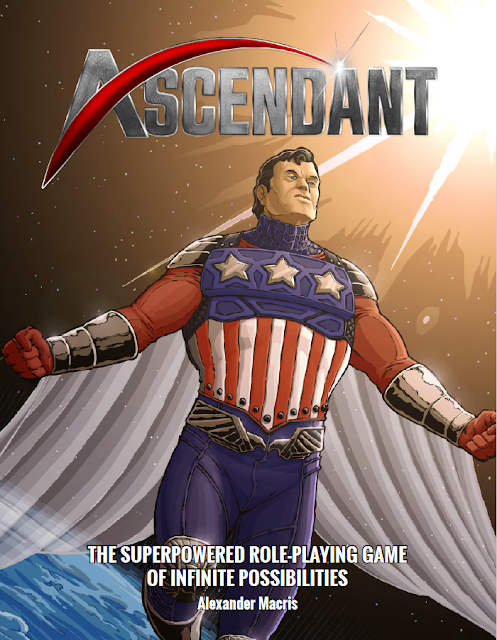 The Ascendent Rpg is a dense book which seems to cover every eventuality when it comes to handling superpowered heroes & individual with powers. The math for the character generation is dense. The page count high & the rpg system is a good simulator of super powers. A combination of the best parts of Marvel Super Heroes & DC Heroes's math but given a new life with Marcus doing the research on a wide variery of subjects for an Rpg. This pdf is a beast clocking in at almost five hundred pages of roll playing rules, hero & villain factions, ideas, advice, and just about everything one wants from a superhero rpg. And its very well done. 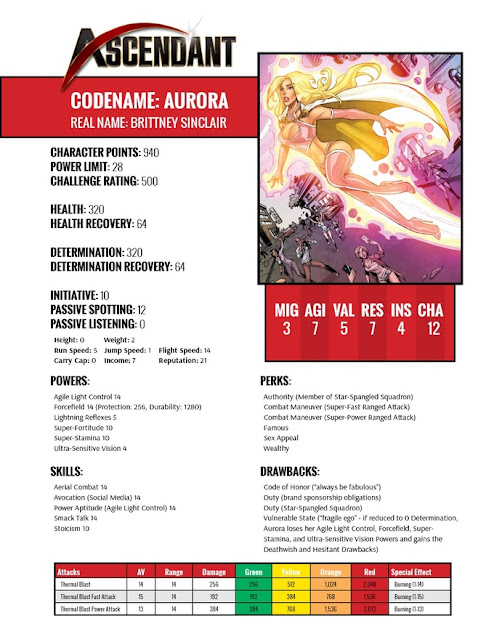 The artwork in Ascendent is pure 90's comic book cheese cake & its glorious. The idea of Alexander Marcus doing a math heavy game that can simulate just about any aspect of super heroic might seem ridiculous. But by God it works. Ascendent rpg seems like another 'just outside your window' super hero game but it would be quite easy to adapt your own town or city as a super hero campaign with the tools of Ascendent. 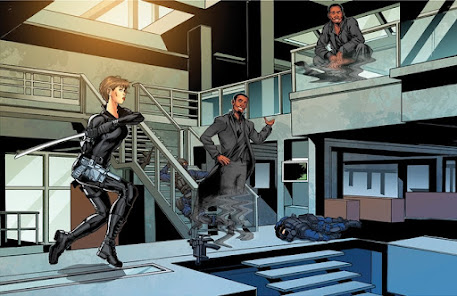 The whole feel & look of Ascendent is like a superhero  rpg that teleported straight out of the Nineties. This isn't a complaint about   the Ascendent Rpg pdf rpg by Alexander Marcus. Are we going to play a campaign?! That remains to be seen but our groups of players are talking about it. The math of the game intimiadates certain players and the other players are going to want another zero session PC work shop.