The Hyperborea rpg has had some of the same shipping issues for books  that has plagued a ton of Kickstarters in 2021 and even in 2022. The pdf's of the Hyperborea players handbook 3rd edition are already on Drivethrurpg & so is the Hyperborea RPG Referee's Manual . And these came via my email from the Kickstarter & since there are players itching get in on the Sword & Sorcery action!  It was natural that my local printer would get these both done. These are basically the table copies of Hyperborea for the players to mess with. The actual books never leave our house. This has been our policy since every edition of Hyperborea. 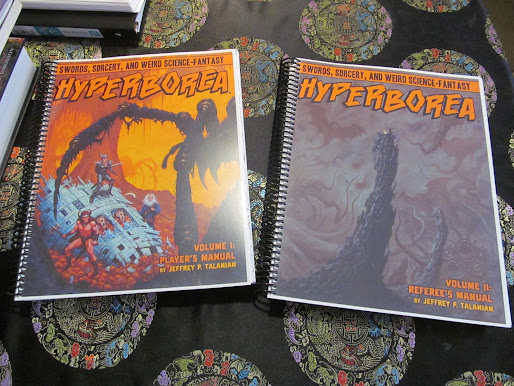 Now some critisms have been leveled at the game setting by one of our regular players and its this. If Hyperborea is such a God  awful Winter bound place where exactly is all of the food coming from for the people who inhabit the lands?! Now this has been plaguing me for a couple of days. My answers are three fold possibly geo thermal gardens below some of the kingdoms attended by slaves & workers. A good portion of the fish & vegitation  comes from the underwater gardens  and below the ocean fish farming. Making the Atlanteans far more important to Hyperborea then at first it seems. 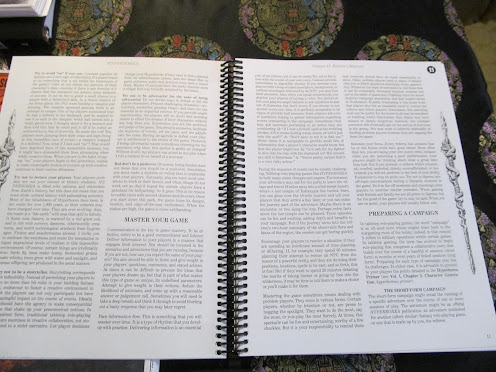 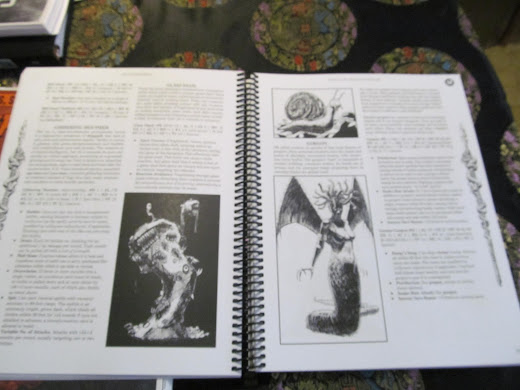 Really predator heavy & to support that there has to be overwhelming areas of farming to support the prey animals for this. And the Sun is a weak red wreck of a star and so that leaves another possibility. And that's that there are volcanic heated  pockets of farmland below ground in vast underborea chambers. But who the Hell is mantaining these farms?! The answer in my mind is the Dwarves and possibly the Worms of the Earth. Think about it. Huge underworld farms maintained by undead slaves overseen at its top down echelons by the Dwarves. They trade with the above ground humans for breeding stock & whatnot. Making the Dwarves the last faction you want to piss off on Hyperborea. And in point of fact The Stack Exchange website has a thread on underground food production here. 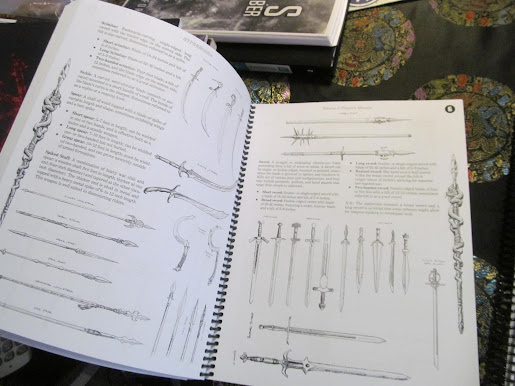 When you really start looking into the food issue then it becomes clear who or what is supporting all of the numerous tribes of humans across Hyperborea. The primitive cavemen & tribes sure are migrating and hunting mastodons &  woolly mammoth herds across Hyperborea. Deep down in the volcanic fissure heated jungles across Hyperborea there are are going to hundreds if not thousands of primitive farms and herding areas. All of these are going to be highly organized & there could be farming guilds. Now if none of this sounds exciting, please think again. Because scattered across Hyperborea are lots of ancient magical & highly technological artifacts, treasures, remains, etc. And some of those are going to highly radioactive, dangerous, and perhaps even fatal to crops or fishing. So the wizards guilds, and magicians organizations may have adventurers for the purposes of disposing of these.
The guilds on Hyperborea are going to wield incredible power and the rulers are going to have to walk a fine line with these guilds. The guilds of the farmers & food growers are going to be the power behind the royals.
Posted by Needles at 12:31 PM