"This horror scenario takes place in a Portuguese convent with a dark history of demonic possession, black magic, and Devil worships that, in the mid-1970s, is occupied by a recently founded unusual religious congregation made up of disgraced women who wish to atone for their past, the Reprobate Sisters of the Seven Sins. Players can take the role of nuns, Vatican authorities sent to investigate reports of demoniacal manifestations, reporters interested in exploring the story behind this atypical catholic sisterhood or even criminals working on a devious plan to restore a sinister painting to the convent where it originally belonged." 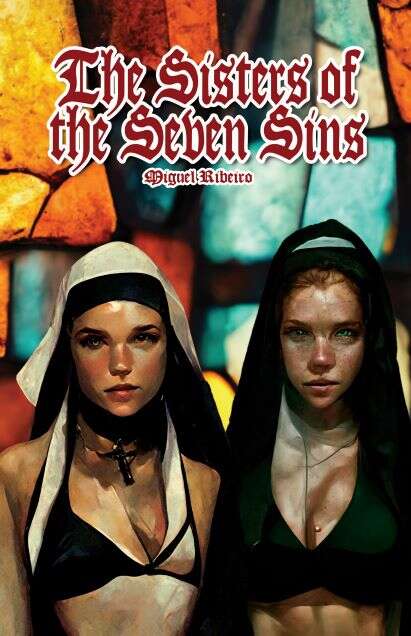 It's about 2:24 in the afternoon on a Sunday we're just getting back from running over at DM Steve's place. So once again, I've wandered into an ongoing OSR horror game as a dungeon master. And we  made things go in a completely different direction in early 19th century Portugal.  And it's been an interesting game session to say the least because of the fact that The Red Room sent me a copy of  The Sisters of the Seven Sins (Wretched Version) By Miguel Ribeiro, Sílvia Clemente, & Joe Coombs.The Seven Sisters is a straight forward & well put together source book with details on the history of the convent, it's place within Portugal's history, full background, very detailed timeline and more all of course inspired by  Giallo films, Pulp horror stories, and general horrific depravity. Now the PC's in this game were already in a established in a horror investigative campaign with the Wretched Époque rpg having been used since back in June now.  The adventure hook here is the fact that the Vatican has called the PC's to find out what supernatual & demonic  happening are going on at the convent. There's been a series of murders of victims around the convent and the locals are very disturbed.

The party was made up of

Sam Tessa's boyfriend playing  Merklin Akins an occultist from America visiting his ancestral home because of a family connection with the Knights Templar at the convent.

Our own version of The Sisters of the Seven Sins (Wretched Version)  takes place smack in the middle of the Belle Époque period. And the sourcebook is well thoughtout with it's occult & supernatural material well laid out, and a font that is easy on the eyes. The investigators began with the murder scenes and progressed quickly with the PC's falling into the middle of a hallucination created by the demonic activity at the convent. This hallucination happened to El Jaffa & Major Tesla. And while it didn't harm the PC's it rattled them quite nicely. Sister Elsa had a quiet and quite dangerous interview with one of the priests and here's where   The Sisters of the Seven Sins  shines because the NPC's are so nicely laid out. We get a sense that there's been a lot of care taken with each of the write ups and profiles. 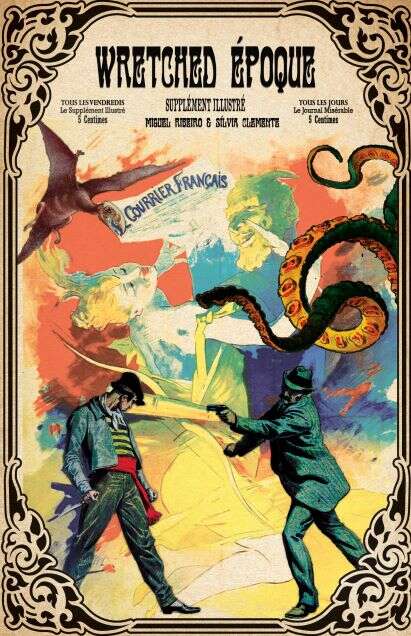 Elizabeth Gumtree wandered into one of the convent courtyards & had a ghostly encounter with one of the victims who nearly took off her head. It was only the timely save by Merklin Akins banished the ghost back to Hell. Merklin & Elizabeth headed into the convent's record room to do some research. They met up with the convent's keeper of records. The party regrouped in the record room & backed off of the investigation for the evening. The party regrouped in town for the moment & we ended the session here.

The Sisters of the Seven Sins (Wretched Version) By Miguel Ribeiro, Sílvia Clemente, & Joe Coombs For The Wretchexploitation & The Wretched Époque rpg  Is Available Right Here
Posted by Needles at 12:42 PM