OSR Review & Commentary on 'Have Death Ray, Will Travel' By Chuck Thorin From Magic Pig Media For The White Star Rpg

"The year is 1999 and a new millennium is on the horizon. Mankind has colonized outer space. Lunar City is a bustling metropolis. Earth has found new allies with the Martians and Venusians.  The Solar System is filled with mysteries, danger, and adventure!" 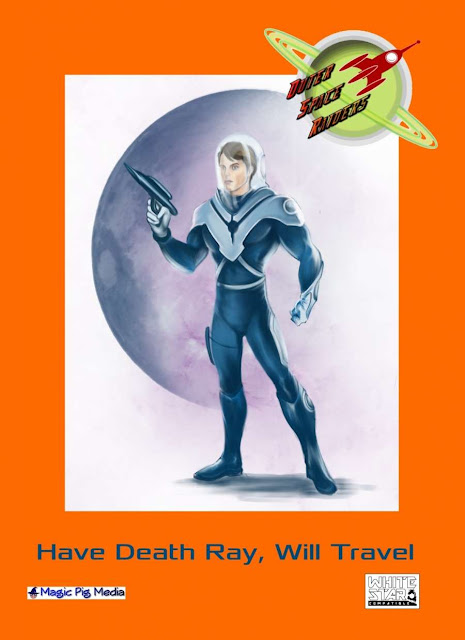 "Have Death Ray, Will Travel is a retro-future setting inspired by  old pulpy serials, Sword & Planet adventures, the Wild West, and film noir.   Want exploration? Want political intrigue?  Like the Wild West with ray guns?  Want a little gritty film noir?  Bounty hunters? Space pirates? Gangsters? Alien emperors out to conquer the universe? It's all there."

Includes two new classes (Scientist and Gunfighter), ten new ships and over 30 monsters and foes, and an introductory adventure: Lost Mines of the Brain Masters.

'Lost Mines of the Brain Masters' does present an excellent skeleton of a complete adventure that allows the DM to flesh out & customize said adventure to their own retro future rpg campaign. And this is one of the advantages to 'Have Death Ray, Will Travel' it's customization aspect that allows the DM to take full advantage without breaking the campaign setting.Want to throw in the Space Amazons?! No problem wish to add in psionics from Stars Without Numbers or Warriors of the Red Planet? Not an issue at all.