The waters around post apocalyptical Pensacola Beach  in  Florida have been quiet. Beyond too quiet!  But things have been getting very dangerous as mutants, adventurers, & travelers have been going missing around the old ruins! 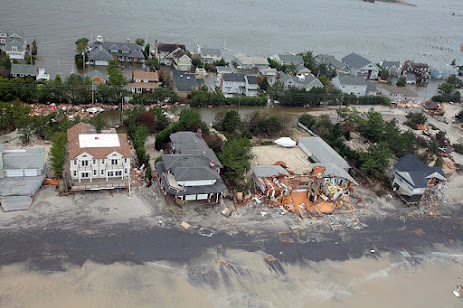 There are legends of old mutant sharks that were released by some outfit ages back called the Hammerheads. The ruins of Pensacola Beach may seem like an unlikely spot for one of the most dangerous mutant strains around but the Floridian waters are home to Hammerheads. A strain of sharkoid that is very dangerous and very valuable.
The blue green clear waters are home to this bloodthirsty breed and after the Final Wars the Hammer head population exploded. Hammer heads are found in both the waters around the former state and occasionally hunting along the beaches. No humanoid is safe from these blood thirsty  mutants. They will track, scare, and hunt prey for days picking off parties of adventurers at their leisure. They kill for both sport and to get a high from the fear of their prey. But this has become a two edged sword for these creatures. Parties of 'shark hunters' are forming around the beaches. But the Hammerheads know of this through a network of cultists who make their home among the Pensacola ruins. These cultists take a superscience drug called Riptide. This drug is made from a neurochemical the Hammerheads create naturally due to their mutations.

The hammerheads are actually the ones fueling the 'hunting parties' who actually being set up to be murdered by the mutants. The hammerheads are having a bit of a food shortage & so they've decided to subsidize their season with some adventurers.
The 'mutant underground' has gotten wind of this situation & so they contact the characters to head off the situation. The 'mutant underground' is aware of another interested party in the form of the A.I. lead  super science cult Apex! Apex has awoken from a deep intense slumber after its last encounter with adventurers several years ago details here.  Apex at its base/lair has 1d20 cybernetically controlled hammerheads that it plans on unleashing on the local fishing villages as revenge for being stopped the last time! The rest of the tribes of the local tribes of Hammerheads will look upon this as prime feeding frenzy time & will simply dive in!
The PC's must head off any hammerheads they can before Apex unleashes it horrors and or find the local Apex base to raid or blow it up! There will be 1d100 cultists to deal with as well! 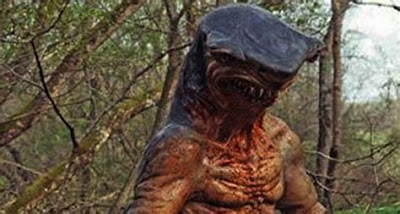