So lots has been happening at the table top level this week.  Troll Lord Games the Starship Warden has been on everyone's mind because its shook up the players. The weren't expecting this massive campaign & rpg book at the table top level. Now David McGuire has shown a bunch of James M. Ward's Dark E adventures. But I know DM Steve's players. These are the type of guys who will search methodically until they come across these adventures. So being off of social media I decided to take a completely different adventure or campaign route. There are two big questions here, 'How long has the Warden been in the star system?' And the following, ' What affect has the Warden's presence had on any local fantasy M style planets?'  Foratunely the heavy lifting was already done for me by Patrick Wetmore from his critically acclaimed 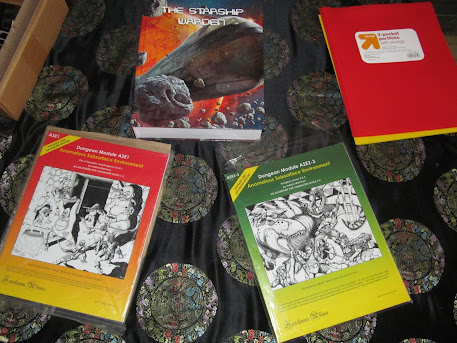 Patrick Wetmore's ASE1: Anomalous Subsurface Environment & ASE2 -3 : Anomalous Subsurface Environment are perfect Warden campaign backdrops. The adventurers are not aware of the state of the campaign world. Nor are they aware of the fact that the Warden mayhap returned back to Earth two or three thousand years after the disaster that 'destroyed' it. The Warden returns to 'Earth' after the redundant systems kick in. Or do those systems bring her home to the nearest 'M' colony world? 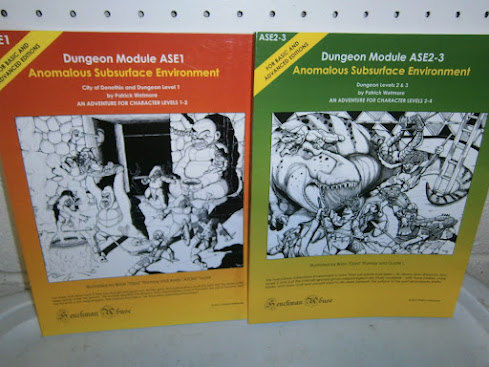 ASE1: Anomalous Subsurface Environment &   ASE 2-3  : Anomalous Subsurface Environment were published in 2012. And they are almost but not quite forgotten in the rush of OSR products today. This means that they're rife to be revived to use as a possible Warden campaign background. But the monsters, treasures,  damage stats, etc. because these adventures were meant for Labyrinth Lord originally line up quite nicely with Amazing Adventures system. This is the basis for the Star Ship Warden campaign. It also means that several of the AA Manual of Monsters creature factions might be very interested in the Warden. 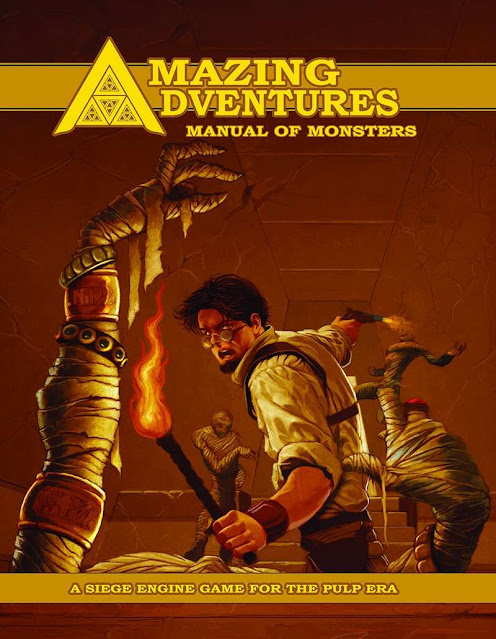 We have no idea how long the fleet of the Starship Warden has been in system?! Could the A.I. gods of ASE1: Anomalous Subsurface Environment &  ASE 2&3 : Anomalous Subsurface Environment not even be aware themselves?! The true purpose of many of the 'enchanted' artifacts & systems might have been lost for thousands of years. So could there actually be a technological wizard or priest class ala Babylon five who actually know some of the Warden's secrets?!
And this very situation opens up the alien factions who would like nothing more then to exploit the Warden's secrets?! The revelation of a ship such as the Warden is nothing more then society shattering!
Think of Gary Gygax's World of Greyhawk's civilization being shattered by the revelation of the Star Ship Warden being at the heart of the world's origins. What happens to the gods at that point?! 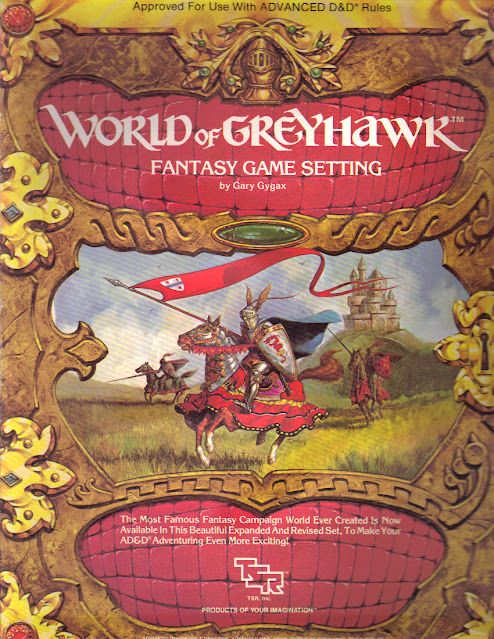