"In a dystopic future, following a nightmarish war between the human race and a race of radiation-spawned mutants, human/mutant hybrid Demian Hunter stalks the remaining mutants left on Earth, determined to eradicate every last one of them...no matter what the cost to himself--or to the world. " 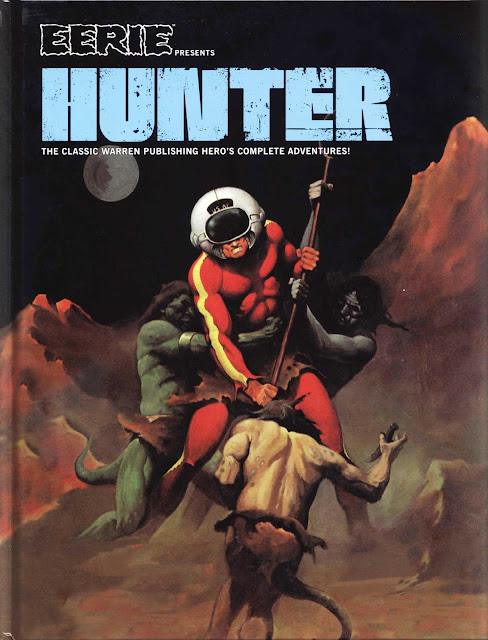 Damian Hunter was created in Eerie #52 (November 1973), the character is a tortured half breed mutant warrior roving the land in a personal war against the Saurian mutants. Hunter is a lone warrior on a one man war against his own kind; " Hunter has been on a mission for many years now & his personal war against mutant kind  has led to journies to other worlds. Hunter is a 7th level ranger with saurian mutants being his prime enemy. He seeks the mutant General Ophal and a small group of his surviving men, after they've savaged Hunter's family. The mutant is a consimate warrior & proficient with many forms of primative & futuristic weaponry. 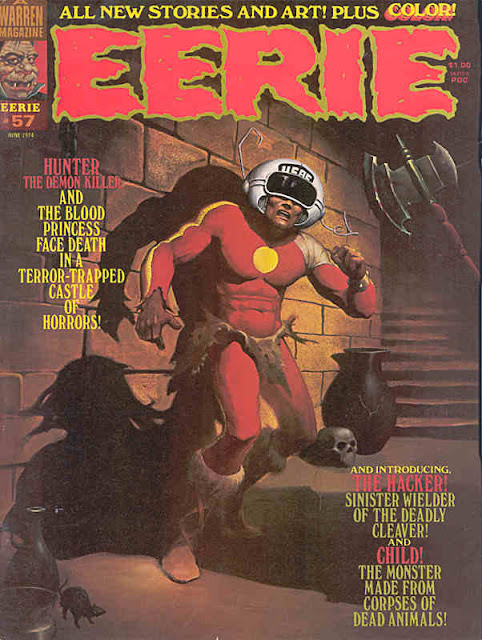 No. Encountered: 1 (unique NPC)Alignment: Lawful neutral Size: MMovement: 40 (swim 40)Dexterity: 17Armour Class: 6Hit Dice: 4Attack Rate: 1/1 or weapon Damage: 1d6/1d6/weapon (+2 combat staff)
Specials: 60 foot Darkvision, +2 on all hand to hand attacks due to mutant biology, Iron Will ( immune to fear based attacks), Nerves of Iron,
Saving Throw: 17Morale: 9Experience Points: 50Treasure Class: I
Damian Hunter occasionally uses a laser pistol Damage 1d6, Range 40 feet, 15 Ammo\. Damian Hunter on occasion get's little love from many of the human or mutant settlements. He continues his personal war regardless of the cost to himself. He is not at all above helping the occasional innocent. And has from time to time been the pawn of both wizards & higher cosmic powers. 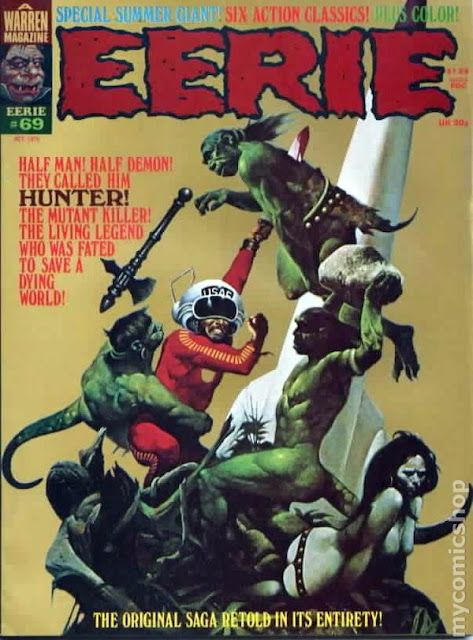 Damian Hunter could easily make his way to Hyperborea through the ageist of some mystical or super science artifact such as dread Crystal of Ages. Hunter himself could easily be in pursue of a gang of mutants warriors or a warlord who is working for a dark wizard.
Posted by Needles at 9:38 PM