'Mark Harris' is an Atlantian survivor who has lost his memories & winds up on 'Old Earth' after an incredible storm. Equipped with webbed hands and gills instead of lungs, he can breathe underwater, swim faster than a dolphin and dive to depths of at least seven miles. He works for the United States goverment as an agent through the Naval Undersea Center. Mark Harris is not the survivor's real name but he searches through his various adventures for both his true identity & purpose.
'Mark' is no stranger to planar travel & could wind up on Hyperborea looking for any trace of other Atlantean survivors or colonies. Mark fights as 6th level fighter often unarmed relying on suprerior Atlantean strength & stamina. Mark's greatest weapon is his keen intelligence & wits often trying to think his way out of situations. 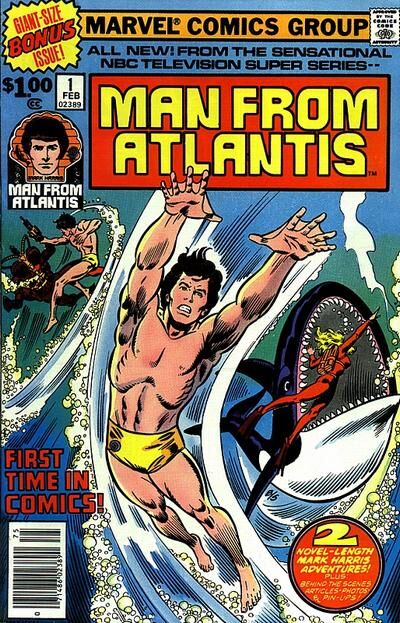 'Mark Harris'is on a Hell bent mission to find other Atleanean survivors & his real identity. Being Atleantean he could be several hundred years old & yet looks to be in his late twenties or early thirties.
Mark Harris Aka The Man From Atlantis 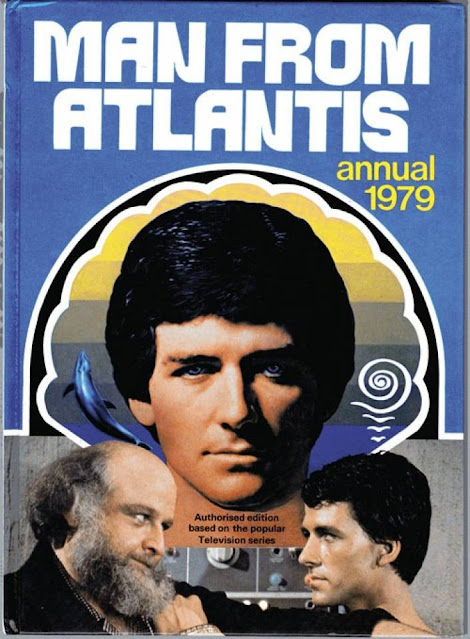 Mark Harris may find his way to Hyperborea following up a lead to any ruins or clues about his Atleantian origins. Hyperborea would both surprise and amaze him. But Mark Harris is surprisingly unflappable in the face of unusual circumstances.
Posted by Needles at 9:59 PM