"The Gladius Battalion is a general-purpose military company, contracted to provide training for local forces, security for rear areas, important installations, checkpoints, convoy escorts, as well as bodyguards for key personnel or VIPs. They are normally hired by groups and organizations who don't want to tie up their own personnel, whose loyalty is presumed to be without question, on the more dull and mundane military security jobs; freeing up larger numbers of their own personnel for the more specialized and important missions.' 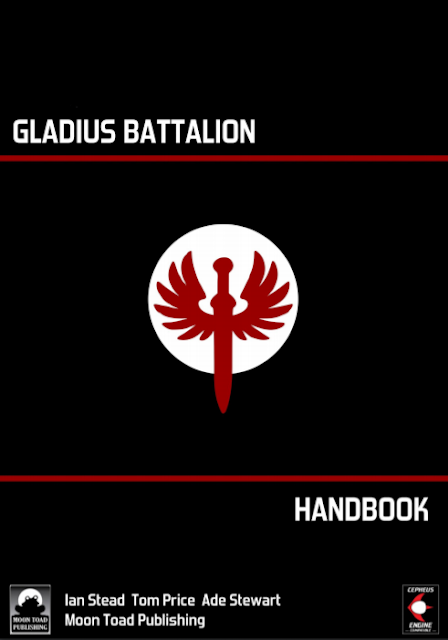 "Units like the Gladius Battalion, are found everywhere, doing everyday mundane but essential security tasks, rather than the exciting "strike from space!" operations so beloved of the entertainment channels." 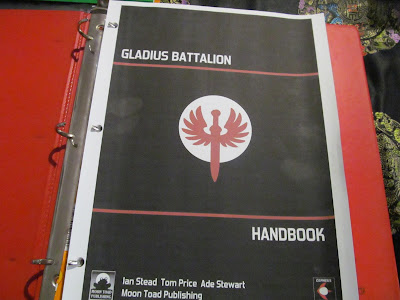 We get treated to the inner workings of 'The Gladius Battalion' and their strengths, weaknesses, equipment. The book reads like a brochure for a real mercenary out fit & not one that we'd want to tangle with.
'The Gladius Battalion' isn't necessarily the bad guys but these are the guys that you send in to handle H. Beam Piper's Space Vikings because the local interstellar warlord & his forces can't handle the military might of the invaders. Need a palace rebellion put down? Call in the 'The Gladius Battalion' to handle the rebels. Because in 30 pages you get everything you need to present, polish, & handle your own take for your came of the  'The Gladius Battalion'. Everything is professionally presented up to & including Moon Toad Publishing's usual spec's & easy to read material. 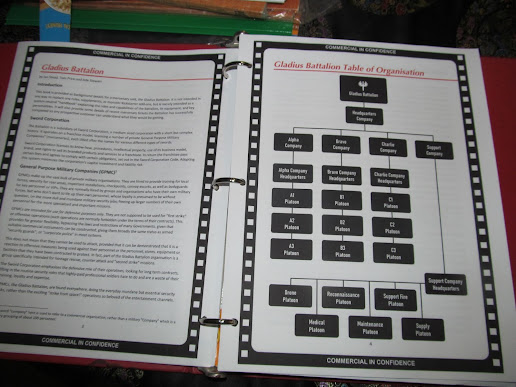 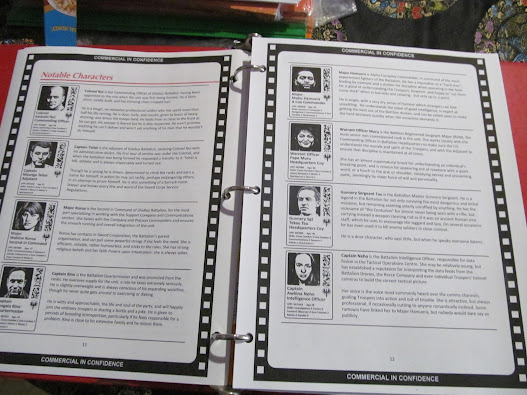 The bottom line is 'The Gladius Battalion Handbook' By Ian Stead, Tim Price, &  Ade Stewart for Cepheus Engine rpg  or  the Classic Traveller rpg worth it?! In my humble opinion? Yes there's tons of uses for a gun ho, sharp, & well versed mercenary outfit for a science fiction campaign. Bare in mind that I bought this product with my own hard earned money not that Moon Toad Publishing wouldn't have given me a complementary copy. No I grabbed 'The Gladius Battalion Handbook'  because its going to fix a nice little hole that's sitting in our own on going Cepheus Engine rpg campaign.

You can buy 'The Gladius Battalion Handbook' By Ian Stead, Tim Price, &  Ade Stewart for Cepheus Engine rpg  or  the Classic Traveller rpg Here
Posted by Needles at 11:19 AM