Happy Gary Gygax day! This blog post pick's right off where we left off yesterday  on the blog!
To celebrate we got together over the weekend over DM Steve's place & cracked open a few beers for play session of Castles & Crusades. I got to play an arcanist Metatron The Magificant whose a fugitive from Amazing Adventures rpg by Jason Vey. Metatron has been trapped on Greyhawk after a botched teleport spell. His party of adventurers left Greyhawk  ages ago. But because scheduling I didn't get back to play so he got left behind. 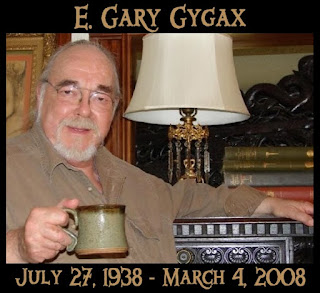 So over the weekend we've been having a lot of fun with Troll Lord Games Starship Warden rpg. So our Castles & Crusades party were wrapping up a group of orc envoys taking an object back to their black wizard master. We intercepted the orcs & after a prolonged battle wound up accidently activating the cubic gate. After the Elven warrior rolled a 'one' in his battle with the orc  shaman who was carrying the gate. One flash & a whole lot of magic later, our party ended up along with half of an orc party of NPC's in the middle of a 1920's urban city! Confronting us were two groups of  wolf like Hyena creatures dressed in impeccably tailor Nineteen Twenties gangster suits armed with machine guns! 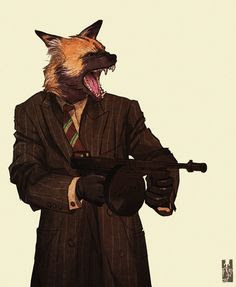 Tiger by ~jeddibub on deviantART

We didn't even stick around to find out what was going on?! Our party ran! And ran eight or so blocks as the 'gangsters' open up with Thompson submachine guns on one another!?! We have no idea at the moment what happened to the orcs! We've got the cubic gate if that's what it is. The party is completely in the dark. The players have no idea where we are or what's happening. We're only sure of three things: one we are in a strange alien city, we have crossed planes (again), and we're no longer in Greyhawk!
Even though I own  the Starship Warden rpg book . Neither myself nor my PC has any idea what's going on at the moment! 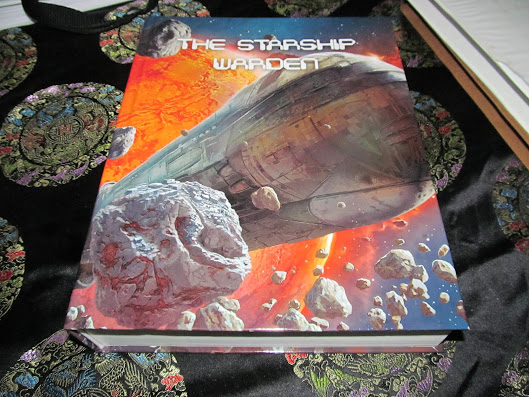 Neither does the party but Hilllock our Dwarf has heard of such jumps before from his ancestor over two hundred years before. But Hillock's grandfather was a cheat & a liar of the highest order so who knows! Right at the moment our party of adventurers has broken into the store room of some business and has hidden there for the moment. We've found food and some facilities for getting ourselves cleaned up. We have  fresh source of water at the moment.
Are we on the Pequad, The Warden, or some other vile ship of DM Steve's design & making?! We don't know! He's flipped the script on us!