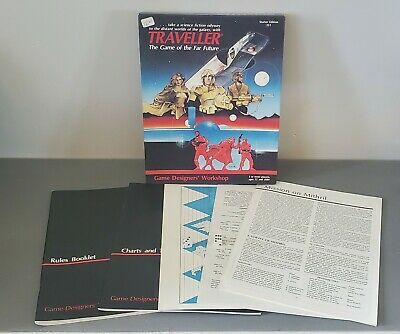 If you've played original Traveller for as long as I have then something really becomes evident. Traveller & to certain extent Cepheus Engine is a game of survival against the odds. This brings us to 'The Dragon Magazine issue #18 & Edward J Cooper's 'The Strategy of Survival'. At its core the Traveller game is partially one of exploration but as my uncle's belief that it was the survival aspect that caused as much death as the character generation! This is born out in tonight's blog post. 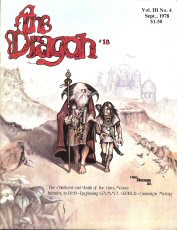 This article goes into the details of the game at the dawn of the hobby;

"Recently, while attending a good sized gaming convention sponsored by the local wargaming club, I took advantage of the opportunity to observe the TRAVELLER phenomenon first hand. A full fledged campaign version was announced to the crowd. With a roar of approval, a throng of players squeezed themselves into the playing area, some leaving wide-eyed opponents still staring at now vacated wargames. However, the scene attracting my eye as I approached nearer was a small, late twentyish gentleman seated at the far end of one table. Sensing something amiss in his obvious detachment, I politely inquired into what war was disturbing him. He had generated a UPP (Universal Personality Profile) of 375A99 — and was grumbling over the “chance” involved in the game and the bad luck he’d received on the roll! I looked at him twice and still had to ask if he was serious. Somewhat taken aback, he retorted of course he was — and that was that. Later, I watched the same individual enlist his character, with low strength and endurance, but an intelligence of 10 and social, educational levels of 9 each, successfully into the Scouts. Had I been a referee, I would have convicted the guy of cold blooded murder on the spot. Clearly, he simply did not know what to do with his character, nor did I believe he’d taken the time to stop and examine all his alternatives. Somewhat puzzled by the turn of events, I declined an offer to play and continued watching. Several other similar occurrences proved to me then that the success or failure of a character in most cases cannot be traced to “dice or chance” as often as it can to poor handling on the part of a player. I was both surprised and disappointed that some players even blamed a character or given situation for their own bad decisions. But then again, I was extremely excited, awed, by the skill some showed in manipulating their character’s life. Looking back now, Traveller is simply too well made for a player to bow out using “character” as an excuse. The roles generated that afternoon certainly did have their weaknesses, but all were people who could have been successful in their lifetimes. I found as a general rule, the characteristics of the play. "

Has this evened out in the Cepheus Engine Rpg?! Hell no! And this is a feature not a design flaw. You've got to understand what it is that you're getting yourself into as a player. Your PC is expected to be the best but it doesn't mean that they'll stay that way. 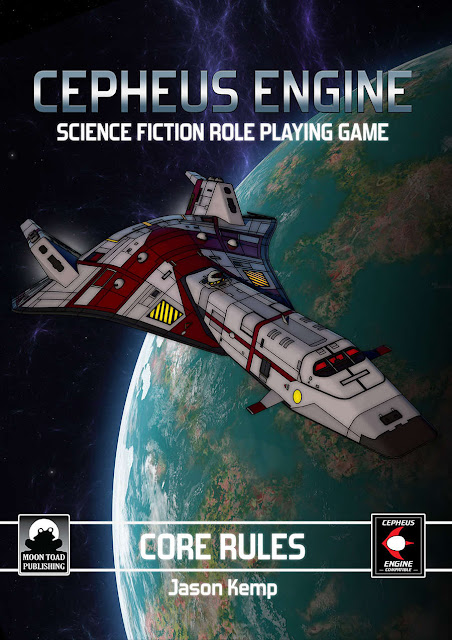 The adventuring life is a hard business & its one that the adventurers don't sometimes choose instead it chooses them instead through the life path events. And this is where living with the hand that your dealt with comes in. Is it any wonder why many adventurers retire to being a bar keep or star ship garbage skow owner. The quiet life creates two things safety & economic opportunities for the PC. That is if you as a player make it that far. Reading through Edward J Cooper's 'The Strategy of Survival' is sort of like having a time machine into one very small aspect of the rpg hobby but specifically on the  Traveller rpg universe & station in the gaming. But its also a glimpse into the future of Cepheus Engine. The same complex math govern's the current game. The fact is that the past guides the future in so many ways.  We as players have the same issues going on as the Seventies. Namely can we get the PC's to live long enough to become experienced?!  The odd's seem stacked against him. But will the dice cooperare with our PC's?!   Short answer? Yes it can & will. The fact is that the dice are  only partially responsible. The other half of this  equatation is the fact that there are a wide variety of options off the P C sheet. Looking at  those options several available for the PC: