Commentary on Using The Dragon Magazine isssue #32 For Your Old School Space Opera!

'Imagine if you will that you as the leader of a colony millions of light years from Old Earth are responisble for the well being of a hundred or three thousand souls in an interstellar colony! Now when everything goes to crap the colonists look to you to lead & organize them!' 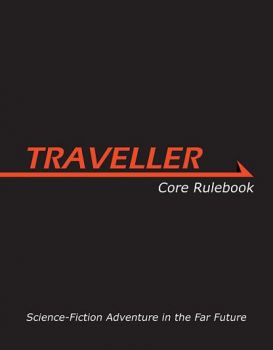 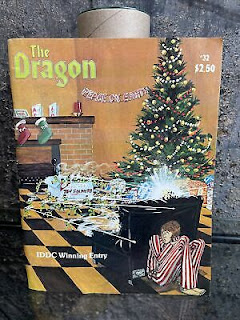 This is the disaster facing the Traveller politican by Rick Stuart. Now this sounds like a boring article but remember the Traveller politican is walking a tight rope of razor wire. He or she is in the eye of the storm; "During each two-year term, players must first roll a saving throw against political opposition. Unsuccessful attempts require players to immediately consult the Political Opposition Table (IV) and apply the results as rolled. If an assassination attempt is called for, the player must immediately make a two-dice roll greater that the gamemaster’s to survive the action"
So as the climb the ropes of the politic of the empire the PC is stuck between the bowels of influences. In a two page article the Traveller game lays out a mini game of political intrigue. The Dragon issue #32 of December of '79 was a very different animal. Games such as Traveller were still evolving the fandom was spread out. And there was lots of room to still find your way as a DM.
What this really means is that there's a mini game in The Dragon issue #32 that can easily be applied to your own game of Cepheus Engine rpg. 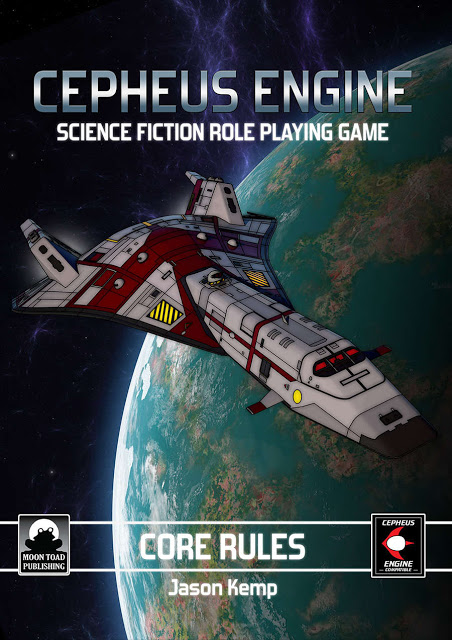 Poltics creates the opportunty for adventure! The beucrat is often the unknown source of adventure opportunity. So much the better if it happens to be your PC! As player's PC's get better in skill & want to risk life & limb less. Politics means that PC's can & will become the future space privateer investor or the Cyperpunk Mr. Johnson. The PC's can & often are the unwitting hit squard or blunt insturment for the agenda's of local governmentrs & politicans.
And this often leads to the party acting within  the interests of such patrons as local politicans. Why? Because politican have many benefits at their disposal according to the article; "Politics, naturally enough, offers certain material benefits and ad24 December, 1979 vantages which those in the military must of necessity do without The Power Base Table III below notes various benefits or advantages that can be accrued while in office. " And this is just the tip of the ice berg because in the  Traveller rpg the politicans can have a lot going on to back them up.  Because the wraith of a politican can be a very ugly thing. Getting in the good books of a minor politican can mean the difference betwen a safe work mission & your PC's have half the Imperium after them.
Posted by Needles at 11:44 PM