Tragg and the Sky Gods published by Gold Key in the 70's were one of my Science Fantasy jams growing up. According to the Wiki entry; "Tragg and the Sky Gods was a comic-book title published by Gold Key Comics in the mid-1970s. The series was created by writer Donald F. Glut and artist Jesse Santos.[1] Later, artist Dan Spiegle would work on the title." 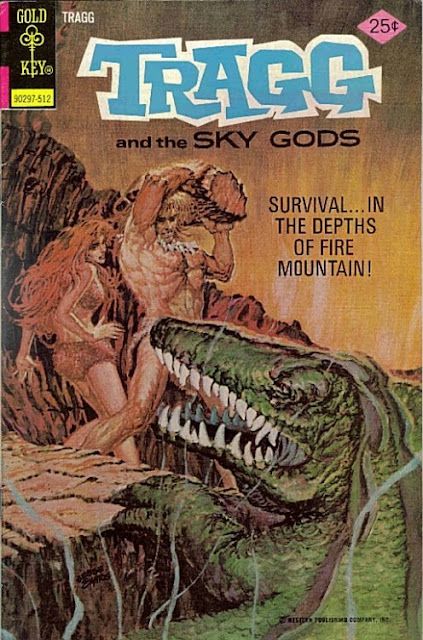 The Seventies were all about the ancient aliens theory with U.F.O's being front & center with Close Encounter of The Third Kind being one of the sources of popculture back then. Enter  'Tragg and the Sky Gods'  had a plot ripped from the heart of popculture; "a group of advanced aliens who landed on Earth in the distant past and experimented on the Neanderthals they found there, producing two Cro-Magnons, who would become Tragg and his mate, Lorn. Tragg and Lorn would thus be the ancestors of all modern humans. Writer Glut tied Tragg into other series he created at Gold Key, by having Tragg's Neanderthal brother Jarn appear in Dagar the Invincible." 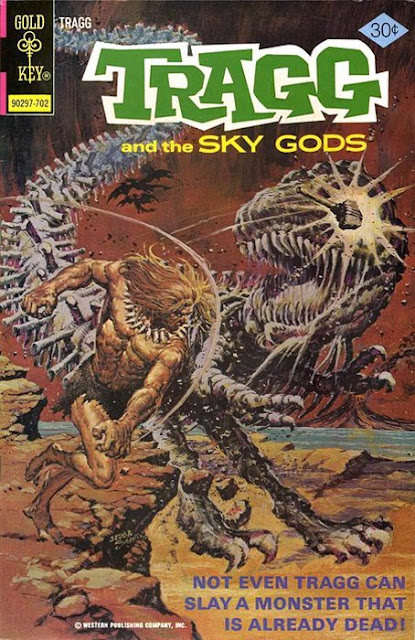 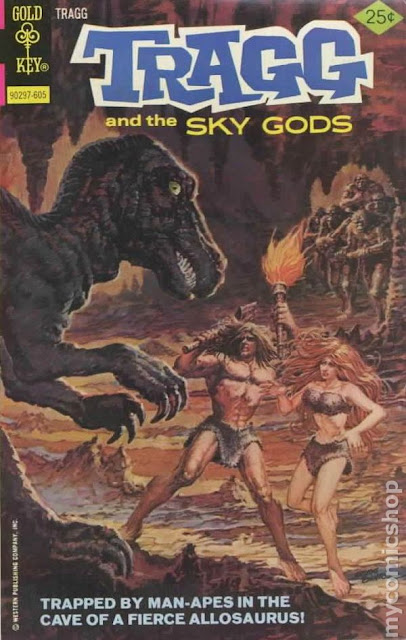 Trag & his mate Lorn could easily make the transition over into Hyperborea. There are a number of other dimension gates within the prehistoric era that Trag & his tribe operate out of. Trag for all of his savagery is actually a decent tactican especially when it comes to the safety of himself, his mate, & his tribe.
Posted by Needles at 11:35 PM