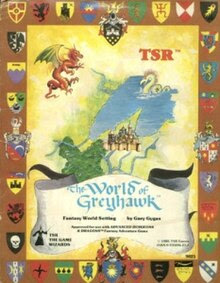 Finally tonight I stumbled upon a project that I've been looking for the last six months. My old computer finally gave up the ghost and as a Greyhawk fan there are some things you just can't live without the Encyclopedia Subterranica for me is one of them.
You can grab the original version of the Encyclopedia Subterranica  version 1.1 pdf right over HERE  on the left hand side of the website along with just the maps from the PDF right under the first lot, a first draft of the  Forsaken City of Naavros by eldersphinx. Its fascinating to me to look into the various efforts of the OSR and see the incline of the OSR fandom with the various old school efforts. This is a massive free project and I've been looking into it since 2005 or so, this is the massive fan done underdark of  the  AD&D Greyhawk legendary campaign setting. According to Maldin's Greyhawk site -


"The idea of a special "world beneath the world", a dark, mysterious place isolated from the surface world of the player characters and filled with natural wonders and ancient evils, was first introduced to D&D players and DMs as the D-Series of modules (D1 Descend into the Depths of the Earth, D2 Shrine of the Kuo-Toa, and D3 Vault of the Drow) first published in 1978, and later reprinted in 1986 as the GDQ1-7 Queen of the Spiders supermodule. This new subterranean world was based in the World of Greyhawk."   The Encyclopedia Subterranica Version 1.1 is a massive and truly impressive pdf of fan work of epic proportions.  The Encyclopedia Subterranica Version 1.1 must have taken hours and hours of work by the Dragonfoot crew.
Once again according to the Maldin's Greyhawk site - This is a Dragonsfoot community project discussed at the Collaborative Project: Mapping the Depths of the Earth forum (originally proposed by PapersAndPaychecks in May 2005, and kicked off by Gnarley Bones, in July 2006) to detail all of the remaining areas on the map provided in D1 Descend into the Depths of the Earth, and that were not described in the original D-series modules. The latest compilation of the project, edited by Iain_IF, can be downloaded as the "Encyclopedia Subterranica" here. Check back for updated versions as the project proceeds. Eventually, a finalized document will be available here and on the Dragonsfoot website. Below is a new index map of the area. If DM's do not wish to read through the entire compiled document, they can click on the encounter area on the map (or the chart below) to view a PDF of the single encounter description, if one is available.  You can find more out about this project right over HERE

Special thanks to the Dragonfoot website folks and the Maldin's Greyhawk site for the killer background on this project. All material here is used without permission. But this blog post is for educational purposes only and no copy write or trademark violations are intended. The cover image of Greyhawk's cover artwork is for fair use purposes only. All material is credited to the original authors. Even more history of the Greyhawk campaign setting can be found HERE and the TSR Archive HERE
Posted by Needles at 11:56 PM