"Enter the infamous ruins of Castle Greyhawk, the most formidable and expansive dungeon on Oerth. Its mazes and catacombs have drawn hundreds of adventurers from around the Flanaess. They are intrigued by tales of its riches, undaunted by its reputation for death in countless unspeakable ways. Getting there is no trick-it's a well-traveled path. The trick is getting in and out again with your own hide intact!" 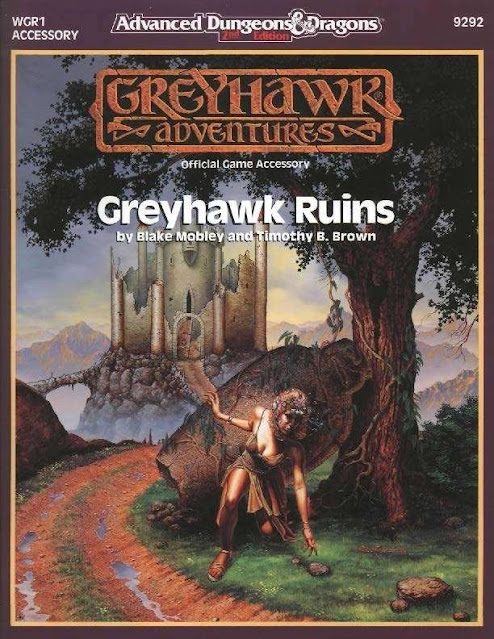 "Try your hand at the busiest dungeon ever created. There are more than two dozen levels of horror and treasures. Run into brutal foes and gain uncountable wealth-nearly 1,000 separate room descriptions in all!"

Greyhawk Ruins is a complete guide to the most famous dungeon in the World of Greyhawk campaign setting. All you will need is the Advanced Dungeons & Dragons 2nd edition role-playing game, nerves of steel, and the resolve to challenge the puzzles and powers the ruins have to offer!" 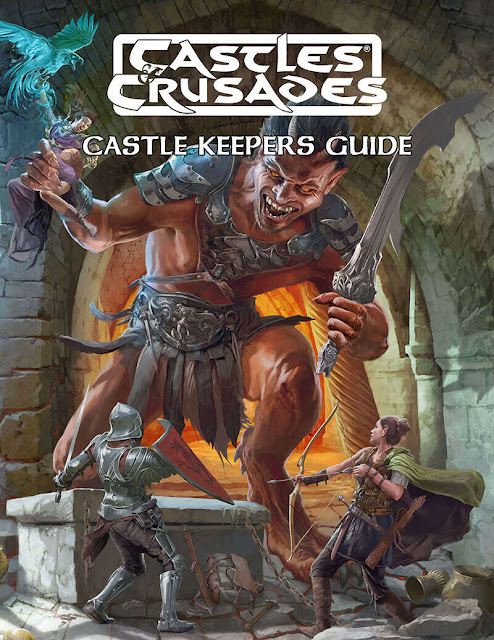 Greyhawk Ruins connects deeply into the Greyhawk 2nd edition setting as a way of covering over the foulness that is Castle Greyhawk. The Greyhawk Ruins is a part of the 2nd edition Advanced Dungeons & Dragon mega dungeon trend. And for the Castles & Crusade rpg style suits both the Greyhawk Ruins & even Robert Kuntz's  RJK1: "Bottle City" (2007) and "The Original Living Room" (2007) adventure modules.
The mega dungeon ideal is time tested & very well defined by the time we get to the second edition era. Its definition that was the megadungeon's undoing in a way. There were never enough adventures set witin the megadungeon settings to show DM's & players their real campaign potential in my opinion.
Greyhawk Ruins doesn't see this out and instead present a series of mini adventures & campaign seeds within. We see this ideal expanded upon within,"Castle Greyhawk in Expedition to the Ruins of Greyhawk (2008), which revised some of the levels from "Greyhawk Ruins" and also invented new ones. " And this further makes it perfect for a C&C campaign.
And these are adventure & campaign ideals that we saw previously within The City of Greyhawk & Greyhawk Adventures by James Ward.