OSR Thoughts On Gods of Law in the Young Kingdoms written by Charles Green- with large contributions from Richard Watts For Chaosium’s Stormbringer and Elric! Rpg

"This second volume of Cults of the Young Kingdoms shows an approach to life in the Multiverse very different from that found in the Cults of Chaos. Where the Church of Chaos is composed of several mostly independent cults, the Church of Law sees itself as a single, monolithic structure that exists to protect the Young Kingdoms and its people from the ravages of the Dukes of Disorder. This book explores this structure. The Player’s section details how the Cult of Law understands the cosmology of the Multiverse, how individual cultists behave, and how they approach their tasks of cleansing the world of the taint of Chaos. " 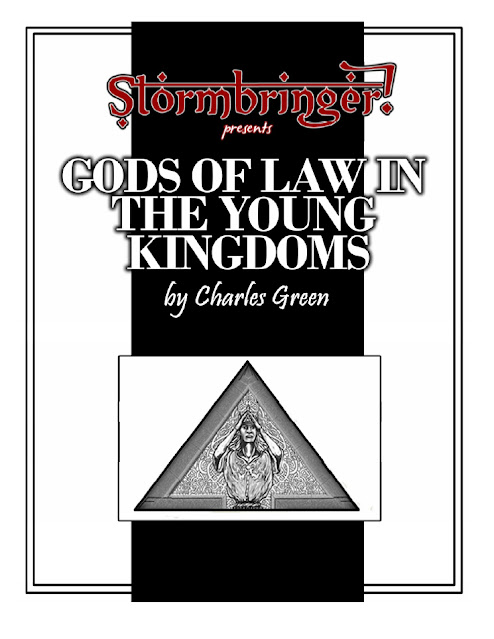 Gods of Law in the Young Kingdoms written by Charles Green- with large contributions from Richard Watts is a free monograph for Chaosium’s Stormbringer and Elric!  Rpg respectively. This monograph dives deeply into the background, make up, and monolithic nature of the Cult of Law in Moorcock's Elric series of novels. Gods of Law in the Young Kingdoms goes far deeper into the cheap & cheerful nature of Law then one would expect in a free supplement. 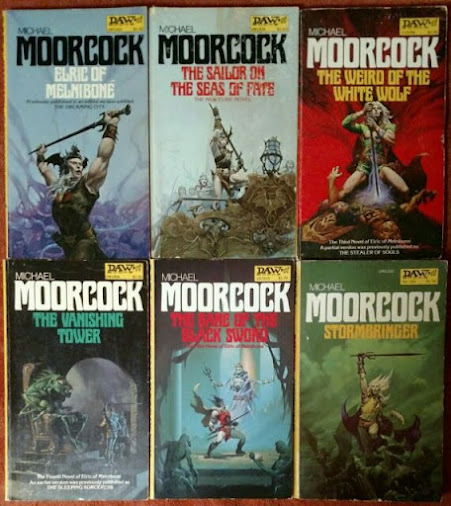 Gods of Law In The Young Kingdoms is also a good resource for an OSR game as well because it has a solid exploitation of the existing information on the church & cults of Law in the Young Kingdoms. This isn't a monster book per say but instead is a solid addition to the Stormbringer rpg.  Gods of Law In The Young Kingdoms could be used for other planes of existence where the cults & church of Law has influence.
The cultists of Law could well be some of the most fanatical and dangerous NPC's that adventurers of the Chaosium’s Stormbringer rpg. The fact is that cultists & followers of Law's religions have a nasty & very dangerous hatred of all things Chaos. The cracks in the barrier of Law has allowed the cancer of magick as Law looks at it to creep into the Young Kingdoms. The church of chaos of Pan Tang has been actively destroying the ancient safety valves that the Young Kingdom has in place. This is  one of the main reasons why the cults of Law & churches of Law are right in a way. But the fact is that the forces of chaos fueled by Pan Tang & the Young Kingdom's human chaos cults have become such a problem.
Elric himself as a champion of Arioch is a walking disaster area wherever he goes in the Young Kingdoms & beyond. 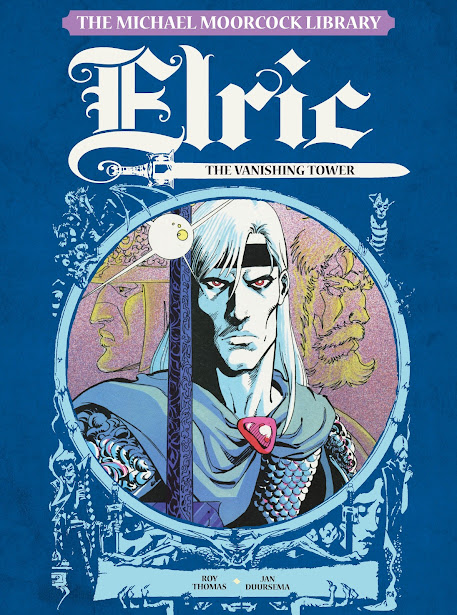