"The Rifter is a vehicle to numerous Palladium role-playing worlds. It is a tool for Game Masters and players alike. A place to showcase new talent and exchange ideas for the entire Palladium Megaverse. Every issue, unique and informative." 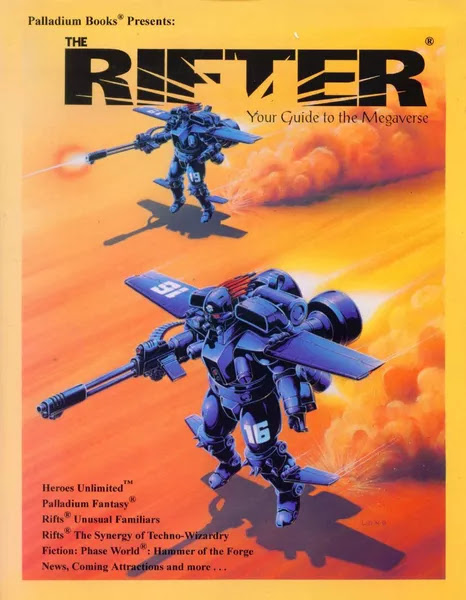 Rifter Issue number 21 is packed with news and coming attractions as well as exicting material for Palladium Fantasy, Heroes Unlimited and Rifts.

The Rifter issue #21 is one of those tricky little sourcebook/housezines from Palladium Games  and because its the Rifter its definitely Palladium games rpg line of books. This includes the inhouse fiction Hammer of the Forge cliff hanger. But is the Rifter still even relevant at this point?! Rifter Issue number 21 starts with 'From the Desk of Kevin Siembieda' & as an editiorial it really gives the perspective of Palladlum Games in 2003. Including why Palladium didn't dive into the D20 glut of that year.