The moon declines in lonely goldAmong the stars of ashen-grey—Veiling the pallors of decayWith clouds and glories, fold on fold.Now, in a crystal interlude,Stillness and twilight briefly rest,Ere sudden gules illume the crestOf peaks where solemn purples brood;And from the low Favonian bournA sweet wind blows so lightly byIt seems the futile silver sighBreathed by the lingering moon forlorn.
At Sunrise  (1922) by Clark Ashton Smith 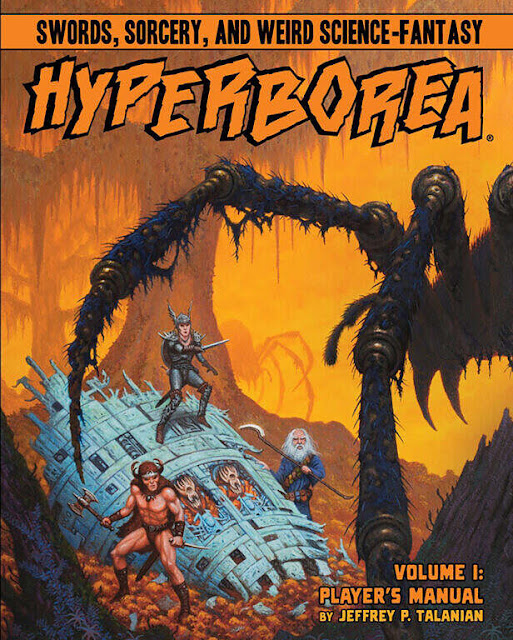 Slowly ever so slowly we've been making our way through the Hyperborea rpg third edition books & looking at it as possible expansion for our Old Solar System campaign. So poking around the AS&SH forums this thread popped up here. And it was the ghost hunter class that kinda grabbed our attention. 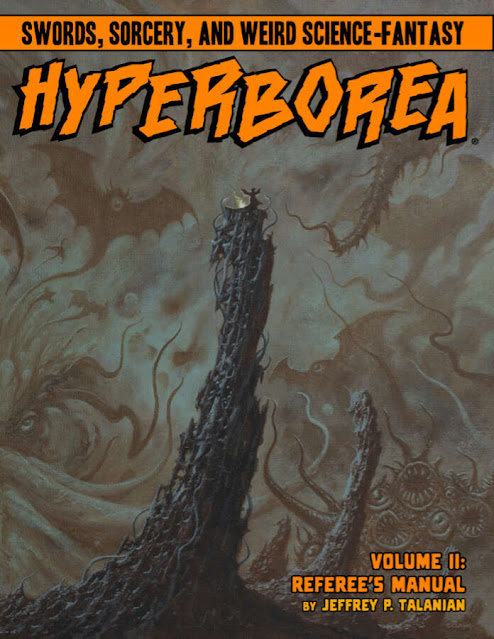 We're convinced that Hyperborea third edition may be the way to go to deal with a full on Zothique rpg  campaign. And yes the Eldritch Dark site has the Zothique D20 guide here.  But the more Zothique that we've read the more it feels like the setting was a part of something greater. We know that Hyperborea third edition will work well with Night Owl Workshop's Warriors of the Red Planet rpg. 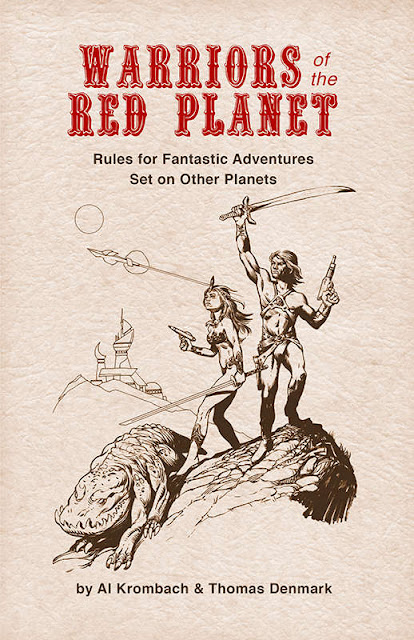 And this brings up Swords and Super-Science of Xuhlan From Svartkonst which works particuarlly well with Warriors of the Red Planet giving even greater options for the DM to play with. Thoughts floating around are that PC's from one setting get employment in some of the others. And this might help relieve some of the food import problems that players have been having with the Hyperborea rpg at my table lately. Zothique is a pretty much open rpg setting and its one that will be exploited coming up.
And do yourselves a favor & download Ben Balls Waif's of Hyperborea a one hundred and twenty five page kit for PCs Ben Ball continues to impress with some of the innovative tools he comes up with for this Sword & Sorcery retroclone.
The ancient streets of Zothique are home to all kinds of adventurers who make a good living looting the tombs & dungeons of ancient sorcerers, countless kings, and putting down the horrid ghosts of the past of this dying world. But its only one of many..
Posted by Needles at 11:54 AM