Our get together on a Sunday morning finds our group of gamer's PC in the grip of alien sentient mutant plants! The gang of player's PC's are on Cha'alt & in the middle of one of the worst neighborhoods on the planet after a night of partying! The players are hired as bouncers to clean out any left over partiers! Except things are not as they seem for our crew of Eighties inspired cybernetic & energetic degenerates!  The bands have gone and the partiers are no where to be found!?! 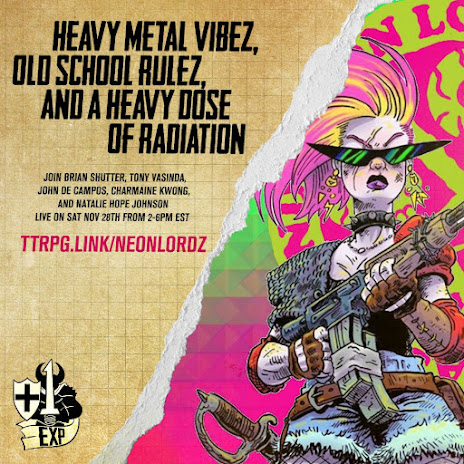 That's when the adventurers come face to face with 'The We'eedz'! 'The We'eedz are an invasive alien mutant plant species that loves to infect, eat, and prune humanity and other alien species throughout the galaxy. This heinous species arose after the events of Cha'alt: Fuchsia Malaise in the day glow radioactive blood  of the Great Old Ones! 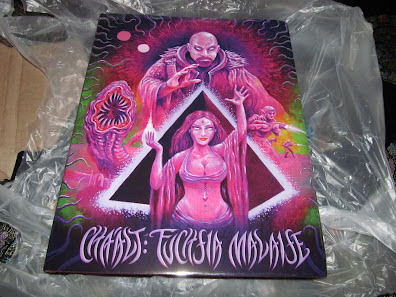 'The We'eedz' wanted to 'neogiate' with the PC's all of the while trying to flank them. Our Heather Britney Bang Bang 3rd level  wasn't having none of this BS & dropped a plasma grenade into the mix.Things went from bad to worse as the weedz then blasted the party with a psionic head bang for 2d6 points of damage. Foo Man the Wonder Wizard of  Waz  5th level Starspawn  wasn't amused and had put up a magic mind shield.  Things went from bad to worse as the weedz took out The Pink Collector Brutacorn 6th level Sarah's PC growing through out the PC's body. Ronald Rogun Cyberskin level 4 got off a lucky grenade toss and cleared the storm drains & the sewer with another plasma grenade. Tiger Tie Night Stalker 5th cut a path for the party through the wee'edz.
'The Stack' cosmic barbarian & scholar of beat downs snorted a heavy duty bit of cosmic dust and praised lord Randy began to chant in the name of the cosmic gods! The rest of the party joined in! He was praying for a miracle and he got it! Lord Coke Cosmic Smiter of Justice 7th level brought the pain as lightning & thunder rained around the neighborhood frying the wee'eedz around the party. Lord Randy be praised! If the party wants to get off of Cha'alt they gotta keep working it! Because on Cha'alt this is where the pain starts!
Wee'eedz
Alignment: Chaotic
Movement: 60 foot
Armor Class:14
Hit Dice: 4
Attacks:  Henious Thorns, Flying Razor Leaves, Aging Field, or Weapon
Damage: Henious Thorns 1d6, Flying Razor Leaves 2d6, Aging Field, or Weapon
Saves Grit, 13, Agility 11, Resolve 14, Death 14
Special:
Grow like the Wind - The Wee'eedz grow 2 foot per round as per their movement
Sentient - The Wee'eedz have fed on the blood of the Great Old Ones & have an evil disposition & intelligence geared  towards the destruction of humanity.
Aging Touch The Wee'Eedz can activate a field once per day for five minutes. Anyone that comes in contact with the plant ages five years for every round and must save versus poison or be stunned for 2d4 rounds

Flying Razor Leaves
The Wee'eedz  has 2d6 leaves that can detach and fly up to a mile away. The plant hears and sees everything that the leaves do. If the leaves are slain, it takes one week to regrow each (e.g., if the plant has lost six leaves then it takes six weeks to regrow all of them.The leaves do 2d6 edged damage.
To The Max
1-19 The Wee'eedz grows at at incredible rate seeking  the orafices & soft tissues of its victim. Blood, liquids, guts of its victims body fuel the horror as it shreds anything it can get ahold of! It  to absorb its victim within itself. Does an extra 1d4 damage
20 Feel The Wee'eedz - The evil mutant plant species deals an extra X6 as it attacks seem to land everywhere! 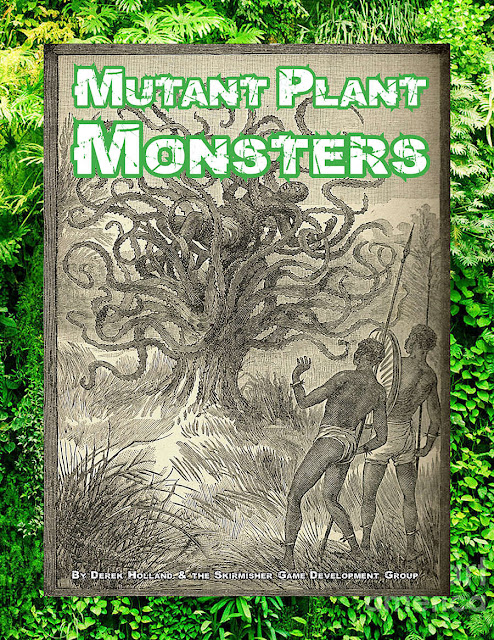