So for the past three years there's been a copy of Down Darker Trails by Chaosium sitting on my shelves. But my childhood friend DM Steve & his ilk of roudy rustlers borrowed a copy of the pdf some months ago. And I've not heard from them for a while. That is until last night when I got an email with his group having an opening for a sawbones or country doctor. The fact is unlike other CoC systems you as  player pick you career and then build the PC around that. 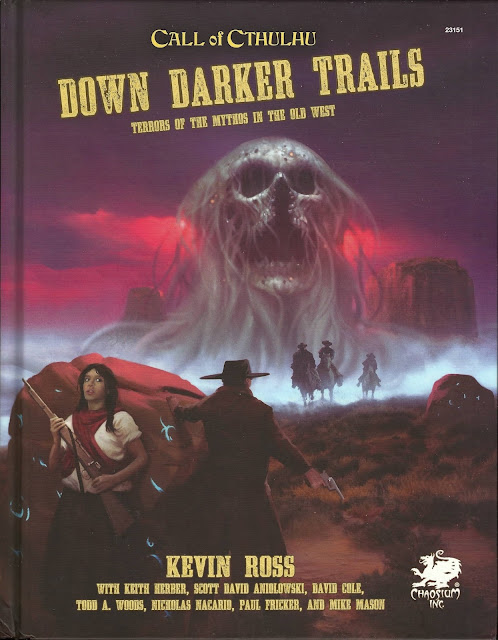 There are a lot of new CoC  material that's been added into Darker Trails including over 30 monsters & two new realms. And now its a matter of getting caught up on what's been happening within DM Steve's campaign.
Now the truth is that for the past couple of months we've been using Independence Games Rider rpg for most of our Clement & Earth sector rpg's. We'll get into that in another blog entry. But there are vast differences between Down Darker Trails & Rider. Rider is far more oriented towards a more historical & cinematic feel. While Down Darker Trails certainly has this but goes for the full on Lovecraftian Western feel! However I'm far more inclined to the Cepheus Engine itself because of the past two years of playing & DMing it. 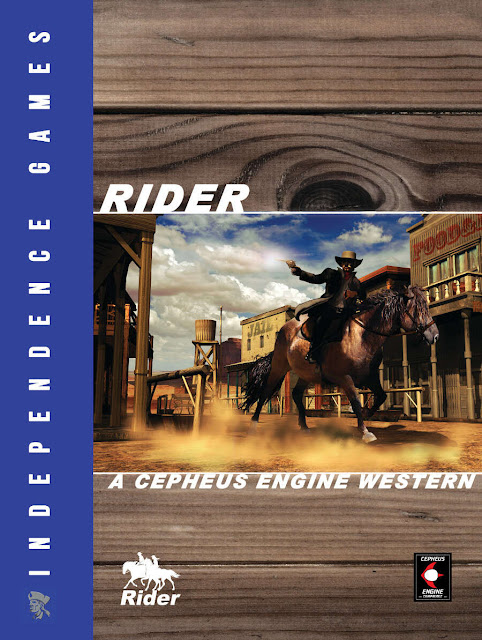 That being said, this isn't my rpg rodeo! Instead I'm in the player's seat for a change and rolling dice as as a player. Rider is in some respects more beefy system wise and Down Darker Trails can be run very slimmed down if the DM & players wants.
Posted by Needles at 10:48 AM