Adventurers often face down the hordes of Hell and even when they think that they've been defeated the powers of chaos are often lurking on the edges and fields of oblivion just waiting to take full advantage of their prey. Here are six entities that are more then happy to spread their special brand of misery onto their victims. 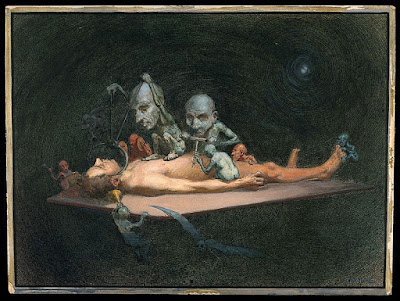 Many of these horrors come from the Outer Darkness they represent leakages and bits of the horrid souls of god things that have escaped from their crystal prisons. Many of these horrors will be of the least imp types of demonic creatures or some of the more common least demons from the Monster Manual. Other sources could be easily generated using the Summon spell from the Lamentations of the Flame Princess rulebook or No Salvation for Witches appendix.
1d6 Random Demonic Encounters Table
Many of these entities are found with a E'rea locket or other arcane storage device that holds the minor essences of the demons. These semi precious archaic looking objects are worth at least five hundred or more gold pieces. They can be worth up to five thousand gold pieces and are often found in Atlantian or Mu ruins. 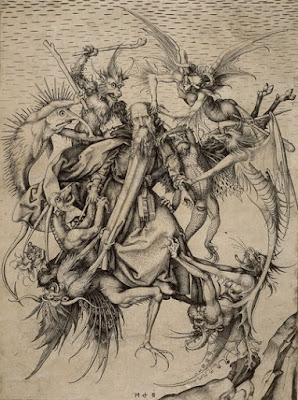