One of the things that's worked out in the past that one of my players reminded me of last night is the fact that while the PC's are staying in Omar's house. They may want to get back into B4 'The Lost City' By Tom Moldvay. And yes that's right we set the lost city as a backdoor dungeon into the black pyramid of Cha'alt. Which is kind of the point because parts of Cha'alt is a bit of homage to B4. 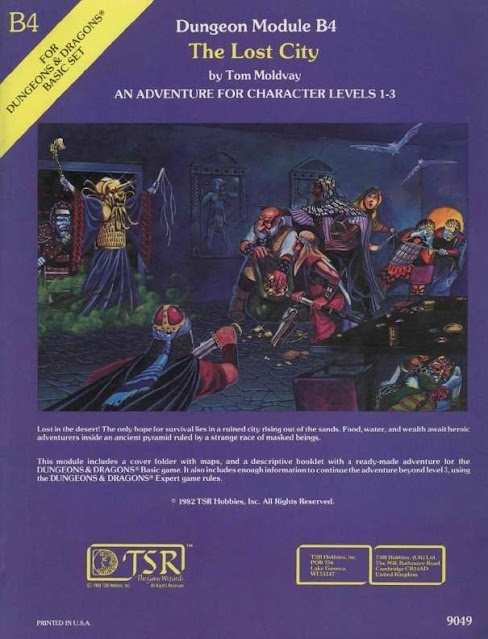 'So one of the controlling families of royals for operations on Cha'alt is the royals from Torth?!' Those guys owe us big time!'
The most interesting bit was when the players mentioned the royal family of Torth & what might happen when the dragons arose there?! Bare in mind that we haven't gamed on Torth for almost a year now. Torth is of course from Venger Satanis's Reverly in Torth and the last time the PC's were hired by the royal family of Torth to retrieve Prince Silvus the III from the cult of the underground Cynidiceans. The party  did eventually find him partying it up with the followers of Zargon. The party of adventurers  managed to get him back home after tossing a priest to Zargon. 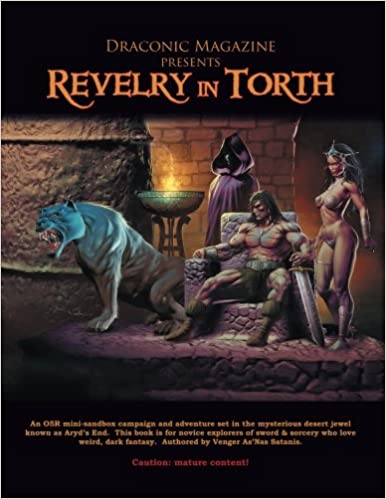 After stepping across the planar gateway onto Torth the party was almost ambushed by a devil sand squid on their way back to Aryd's End! They were determined to party after a successful 'snatch & grab' mission. And now they want to collect on that reward. Cha'alt & Torth are ying & yang celestial & planar locations in my campaigns. One is always desert night & the other is blasting desert day! There's a third power interested in destroying the party folks & that's Zargon itself! Zargon didn't take kindly to our party of adventurers tossing one of his priests into his maw. That prince that the party um 'saved' was implanted with an embryo of Zargon & he's arisen as a Cthulhu dragon hybrid monster in regards to the fifth age of Torth's fifth age.

The Mindflayer Dragon hybrid mini  from Monster Mayhem is what we've got in mind for the prince of Torth.

So while the party is at Omar's the assassins from the Cult of Zargon are on their way to deliver a 'gift' or two to them. Much of this comes from the Vaults of Pandius's ' The Dungeon Master's Guide to Cynidicea A rules supplement for use in any Mystara Campaign'. And yes I know we're not using Mystara but bare with me here. The party is going to have to go back to Torth coming up to deal with the mess left behind.
Posted by Needles at 11:45 AM

Email ThisBlogThis!Share to TwitterShare to FacebookShare to Pinterest
Labels: B4 The Lost City, Cha'alt, Revelry In Torth, Vaults of Pandius, Venger Satanis