Up from the inner Earth the megavolt monsters are a little understood species of Kaiju discovered by the Nazi in the Mid Atlantic rift back in Nineteen thirty nine under the Hidel expediation. The megavolt species are energy absorbers specifically electricity. They are capable of absorbing & creating thousands of mega volts of electricity. The megavolt species are highly terroritial & will attack anything that enters their domain. 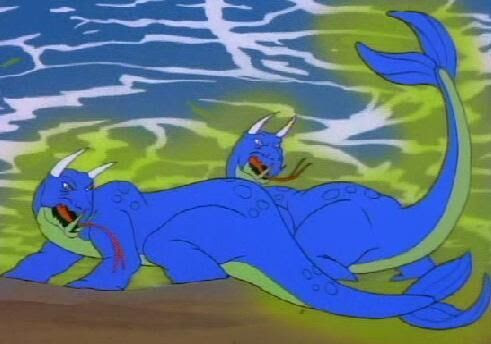 During the occult wars of the Sevenities these entities were exploited as terror weapons by Nazi fifth columnists. They were used to shut down the Eastern sea board power grid but thanks to the actions of a swift group of heroes disasters were averted. 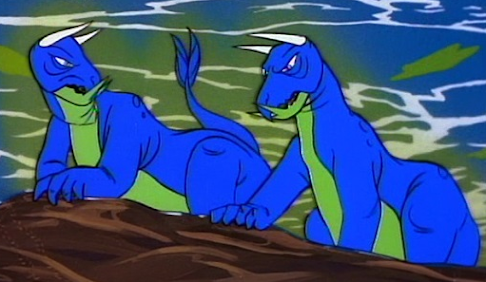 Megavolt Kaiju are capable of abosrbing & creating million of volts of electricity. They use this ability to hunt other smaller kaiju and even other creatures. They are capable of hunting a target across hundreds of miles with their keen senses that use both conventional senses but also they are able to 'see' the electric singnals of indivduals. 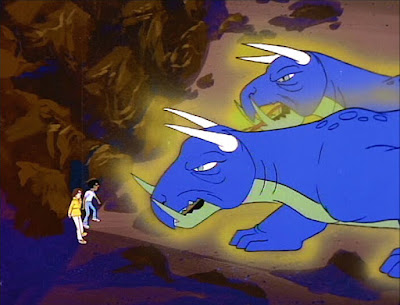 5/10, Move 20m,  Swim 30M, Armor 6, Claw (melee 3d damage),  Bite (melee 4D damage),  Survival 2,  Combat 3,  Melee 2 . Gigantism,  Regeneration As Troll, Underground & Water  Dweller, Darkvision 30M,
Special - Shock Throw  - The Megavolt Monsters can fire bolts of electricity from their horns, tusks, and tails doing 2d6 to their enemies. Field of Shock - The megavolt monster is surrounded by a glowing cascade of electrical energy at all times that does 1d6 points of damage to anything touching it. Bite & Claw of Lightning, Absorb The Raw - The Megavolt Monsters can absorb any form of electricity. When they absorb electricity, they can grow in size and power.
Weakness -  If enough pressure is put on the Megavolt Monsters, they will lose their electricity, weaken, and return to their normal size.

The megavolt monsters are still to this day found in the Mid Atlantic rift & within the inner Earth. They are highly dangerous kaiju that only the most experienced adventurers should even think about approaching. They attack prey on sight & have been known to track indivduals who piss them off half a world away for revenge. They are mean & highly vindictive species of kaiju.
Posted by Needles at 11:18 PM