" Many long years ago the denizens of Mount Yr Wyddfa crawled beneath the earth; foul minded fey, goblins and others of that ilk; they fled for reasons unknown to any but themselves. The terraced slopes, the valleys, ravines and forested highlands settled in peace, farms spread along the greens, people settled and prospered. But the world unfolds, for ever turning, mirroring the past. It began with nightmares, followed by haunts hounding farmers in their fields, terrorizing them on the roads, chasing them to their sanctuaries. And then the goblins came a-hunting. Not seen in many years now they waylay travelers, despoil them of their belongs or worse, killing them on the road. And to all this the terror only adds, spreading even to hearth and home; young women have begun to disappear, kidnapped from their homes. Rumors speak of a new power, called the Grey King, which settled in the mountain. It is he that stirs up the creatures and has brought the goblins to life." 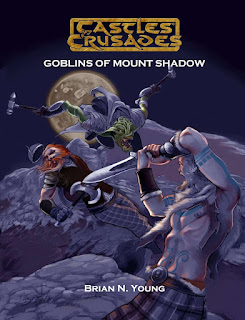 "Drawn by a string of random attacks on the locals, vandalism and sightings of eerie beings about the mist shrouded mountain, the characters must band together to discover the cause. To save the local villages from further devastation, the characters will need to hunt down the goblins and find the source of their rise to power.""This set of adventures is made for characters numbering 2-5 from 1st-5th level or higher, employing a diverse band of adventurers with preferably an elf or two. The campaign centers on the haunted dark mountain of Yr Wyddfa and the rise to power of the dark faeries within, being guided and led by their mysterious leader the Grey King or the Brenin Llwyd ('Brin-in Thloo-id')."
"The Goblins of Mount Shadow" by Brian Young is a relatively unknown adventure these days. But its a perfect adventure foil to get the PC's into the back of beyond in a dark Celtic themed fantasy area. "The Goblins of Mount Shadow" is perfectly suited for Castles & Crusades. Its also a perfect precursor to 'Night of the Spirits' which we covered here. 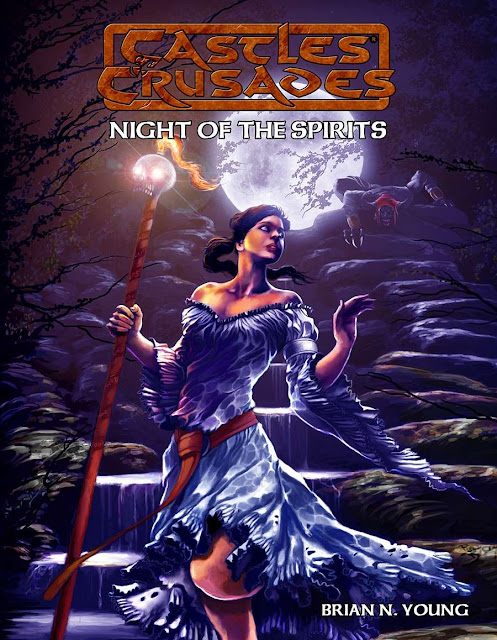 "The Goblins of Mount Shadow" by Brian Young trods places very close to the Halloween & Celtic spirit. The perfect adventure to take characters up to fifth level if they survive. The rise of the Grey King slots into the world that these modules present effortlessly. The layout is well done, the cartography well executed, and plot very quick running. "The Goblins of Mount Shadow" by Brian Young presents a very cleverly designed world that draws deeply from the Celtic myths & legends with a dark Celtic twist up. 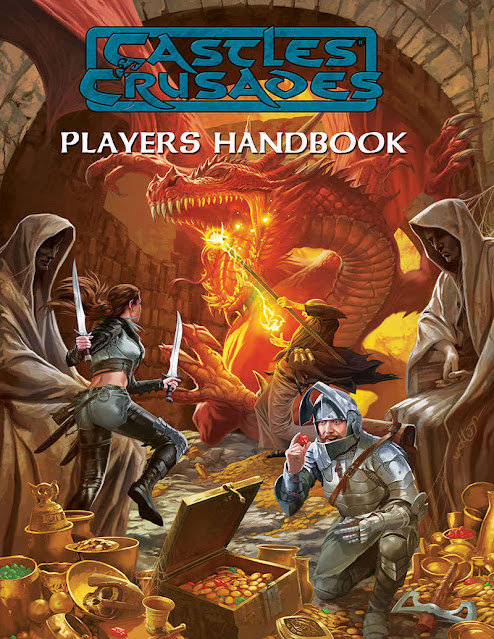 You can download 'The Goblins of Mount Shadow' here.
Posted by Needles at 8:30 AM