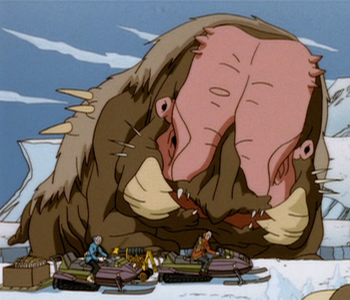 First discovered by the Nazi Anartica expediation of 1938 when they established contact with several alien species in the polar regions. And they also discovered the Ice borers a species of mutated Kuiju mole rats with very specia mutations. The ice borer species uses a specialized organ on the top of their heads to rapidly heat the surrounding air & burrow through the ice, snow, and slush of Anartica quickly & highly effieciently. The Nazi teams put the borers to work digging out tunnels & their Anartica underground bases. The ice borers were key to their plans for the frozen land until their contact by aliens for the transition into an inhuman state. The Nazi abandoned the beasts until they were encountered during the 90's. 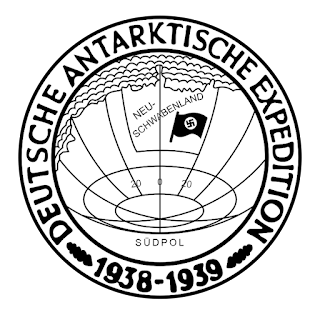 In 2021 the inhuman Nazi fifth columists began to influence the minds of packs of ice borers to attack certain Anaractica science bases. Several packs have been used by the alien Nazi hybrids to sink several such bases below the ice. The ice borers remain a unique kuiju and unto themselves are often not dangerous at all. This is however most of the time, their claws however are capable of shreding steel quite easily. Because they travel in packs ice borers often use pack tactics to overwhelm their targets. 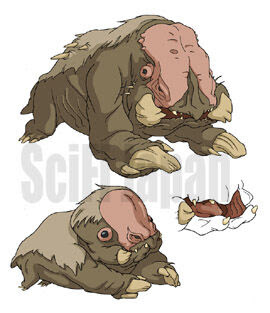 5/10, Move 20m, Burrowing 40M,  Swim 30M, Armor 4, Claw (melee 3d damage),  Bite (melee 4D damage),  Survival 2,  Combat 2,  Melee 1 . Gigantism,  Regeneration As Troll, Underground Dweller, Darkvision 30M,
Special - Over Heat The Prey - The Ice Borer can hold on to its victim & overheat them for 2d damage per round from heat exhausion, With One Swipe - The Ice Borer takes a quck swipe at its victim with its claw for 1D Damage to trip up the victim, Now You See Me & Then - The ice borer literally superheats the air around its forhead & bores through 30 M of solid ice like swiming through water, Elemental Waves - the ice borer sends out a wave of solid heat from its forhead doing 2D Damage to everyone in 20M range
Temperature Weakness - The Ice Borers will be stunned with any ice bound attacks which they take triple damage.
Posted by Needles at 11:27 PM