"HOSTILE is a gritty, near future roleplaying setting for the 2D6 Cepheus Engine rules that is inspired by movies like Outland and Alien. It is a universe of mining installations, harsh moons, industrial facilities, hostile planets and brutal, utilitarian spacecraft. And out here the Unknown is real – it is horrific: there are rumors of the disturbing side-effects of hyperspace, of ancient horrors entombed on icy moons, and of monsters – killer aliens, perfectly evolved to survive the hostile wastes of space – at any cost. "

So I might have accidently bought the new Hostile rpg setting book last night. The pdf just jumped into my cart. What are the new changes to the Hostile setting book?! Well according to Paul Elliot of Zozer Games from the Cepheus Facebook group; "Only new full colour starmaps, some skill changes on the career tables, shorter skill descriptions and a couple of new robots and drones. The intent wasn't to rewrite the book, but to clean up alot of typos, and create a spiffy new layout that will form a lovely new layout with bookmarks and index." 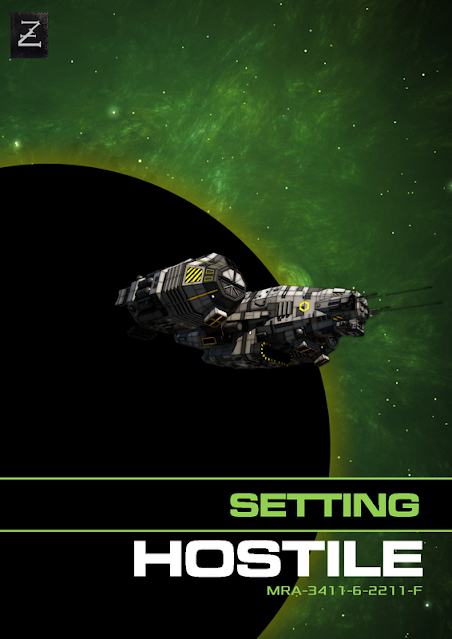 Get your copy of the Hostile setting book here.
Our group of Hostile players has been on hiatus while storm damage is being cleaned up and this baby is in our grubby little hands. Now that the Pdf is in my hands there's a few changes already that have been pointed out. The layout is tighter, the print easier to read, and the information is tightly packed. And everything works nicely with the already published Cepheus & Hostile universe which is a huge plus for us! 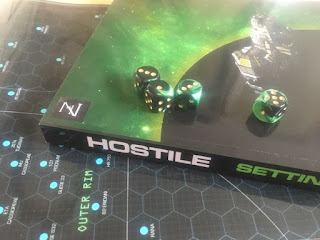 What does it mean for the Cepheus Engine/Hybrid game that we've got in progress?! Not all that much infront of the screen. Behind the screen its gonna mean a whole lot according to what we've been reading about the Hostile rules book when it hits the ground. According to Paul there are some changes;" It won’t be a reprint of CE with nice pictures, it is rewritten with sections taken from some key Hostile supplements and worked in. Plus new rules and the core combat rules from Modern War tailored to the Hostile setting."
This also means that Hostile is gonna be fully compatible with Modern Warfare meaning that you can run Modern War as the colony forces for on the ground war! Rebellions, colony suppression, brush fire wars, etc. are all going to be far smoother now. 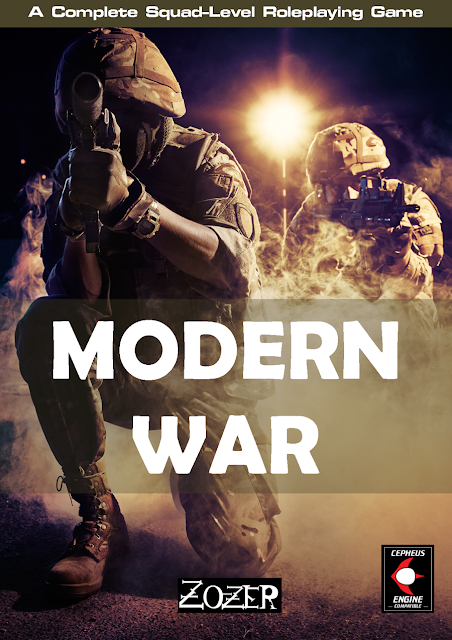 Get your copy of the Hostile setting book here!
Posted by Needles at 9:18 AM